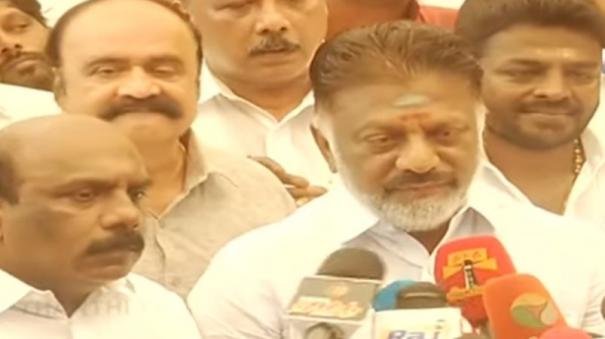 Chennai: "Many people are telling various information about Panrutty Ramachandran for political reasons. Leaving all that aside, we should consider his charity and sacrifice. O. Panneerselvam said.

On the occasion of his 144th birth anniversary O. Panneerselvam showered floral tributes at his portrait placed under the statue of Periyar under the Anna flyover in Chennai. He then met the press. Then, a question was raised about the EPS criticism of Panrutty Ramachandran. To which he replied, "Brother Panrutty Ramachandran traveled with everyone from Periyar to the late Chief Minister Jayalalithaa.