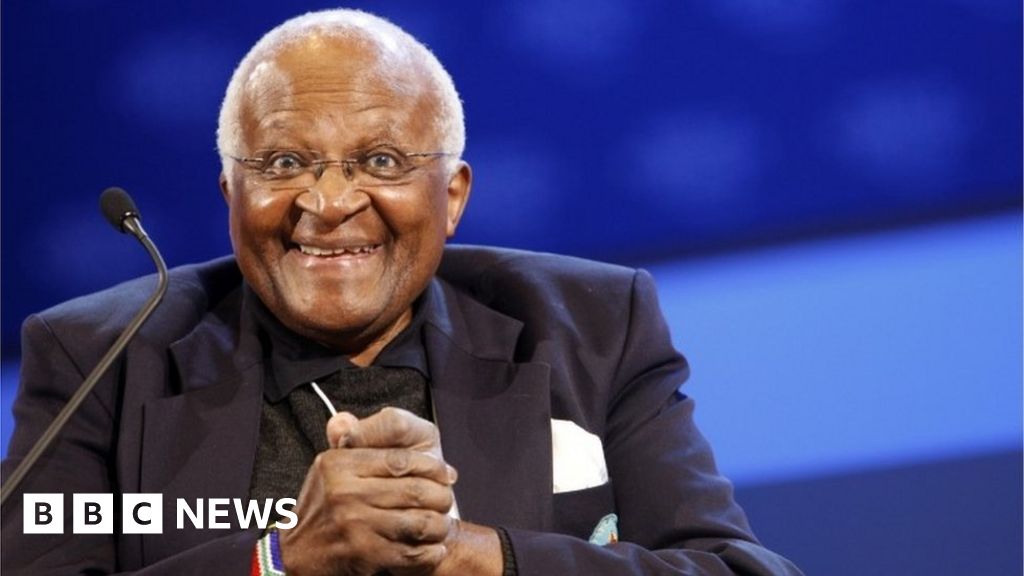 Leading UK tributes to Tutu, who has died in Cape Town aged 90, the Queen remembered “with fondness my meetings with him, his great warmth and humour”.

The Archbishop of Canterbury Justin Welby said he had changed the world.

The Queen said: “I am joined by the whole Royal Family in being deeply saddened by the news of the death of Archbishop Desmond Tutu, a man who tirelessly championed human rights in South Africa and across the world.”

The Duke and Duchess of Cornwall said they were “deeply saddened” to hear his death, saying his bravery in speaking out “against the evil of apartheid and highlighting the threat of climate change” was an inspiration.

The Duke and Duchess of Sussex said when they introduced their son Archie to the archbishop in South Africa in 2019, Tutu made a joke about “Arch and The Arch”, and his “infectious laughter” rang through the room and relaxed “anyone in his presence”.

“He was an icon for racial justice and beloved across the world,” they said.

Archbishop Tutu was one of the driving forces behind the movement to end apartheid, the policy that saw racial segregation and discrimination against the black majority in South Africa by the white minority government.

He was credited with coming up with the term Rainbow Nation to describe the ethnic mix of post-apartheid South Africa, but in his latter years he expressed regret that the nation had not come together as he had hoped.

The prime minister added: “He was a critical figure in the fight against apartheid and in the struggle to create a new South Africa – and will be remembered for his spiritual leadership and irrepressible good humour.”

Labour Party leader Keir Starmer described Tutu as “a tower of a man and a leader of moral activism” who “dedicated his life to tackling injustice and standing up for the oppressed”.

He said: “His impact on the world crosses borders and echoes through generations.”

Scotland’s First Minister Nicola Sturgeon said: “His was a life that made the world a better place.”

He said he had met him in The Hague, when the archbishop was working for victims of war crimes, and added: “His adage, ‘don’t raise your voice, improve your argument’, has never felt more apt.”

Former cabinet minister Lord Hain, who grew up in South Africa and was a leading anti-apartheid campaigner, said Tutu was “somebody on Nelson Mandela’s level who inspired millions with his honesty, his vision, his courage and his sincerity”.

At the height of the anti-apartheid struggle, Tutu “roused the faithful, inspired people and also had a way of engaging that was soft and yet hard”, Lord Hain said, adding that he “spoke truth to power”.

Former prime minister Tony Blair was “saddened” to hear of Tutu’s death. He said the archbishop’s “spiritual leadership and willingness to take action in pursuit of peaceful change earned him the respect of millions in South Africa and the rest of the world”.

Tutu first lived in the UK in the 1960s, where he studied King’s College London and received degrees in theology.

He was in the country for five years and then returned in 1972, as vice-director of the Theological Education Fund of the World Council of Churches. Tutu eventually went back to South Africa to become the first African to be appointed Anglican Dean of Johannesburg.

Tutu visited Birmingham in 1989 as part of the city-wide Christian Celebrations and he and his wife saw a number of establishments, including the Nelson Mandela School in Sparkbrook.

When he was there, he criticised what he termed “two-nation” Britain, and said there were too many black people in the country’s prisons.

Tutu was given the freedom of Hull in 1999 after giving the annual Wilberforce lecture there, commemorating the life and achievements of anti-slavery campaigner William Wilberforce. And he returned to the UK yet again in 2004 as visiting professor in Post-Conflict Societies at King’s College London.

Archbishop Welby said Tutu – “always known as Arch” – was “a prophet and priest, a man of words and action, one who embodied the hope and joy that were the foundations of his life”.

He added: “He was a man of extraordinary personal courage and bravery: when the police burst into Capetown Cathedral, he defied them by dancing down the aisle.”

Tutu’s love “transformed the lives of politicians and priests, township dwellers and world leaders”, he added, saying he was a pioneer and “a man of enormous vision”.

He also spoke of his “extraordinary, bubbly, overwhelming sense of humour”, adding “you laughed the whole time when you met him”.

Archbishop of York Stephen Cottrell said “the world itself feels a little smaller without him”.

He said Tutu had been asked to chair the Truth and Reconciliation Commission in Cape Town as “one of the few people in South Africa other than Nelson Mandela himself, who could unite the nation and carry the trust of everyone.

“In this respect, he was a giant,” he added.

The archbishop added that when he got to chapel this morning to celebrate Eucharist, he might “dance a little jig in thankful memory of this wonderful human being”.

Former Archbishop of York Dr John Sentamu said Tutu was a man of “amazing faith” who was “so rooted in Christ he feared nothing”.

He added: “His feet were firmly on the ground but always looking to the horizon of hope.”

Terry Waite, the Archbishop of Canterbury’s envoy in the 1980s, said that Archbishop Tutu “worked tirelessly for a free and fair South Africa and was never silent when he needed to speak out on behalf of the poor and the oppressed”.

“He is a great man and a hero of our times,” he added. 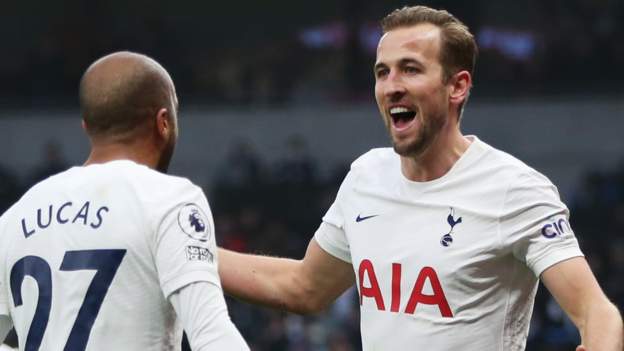