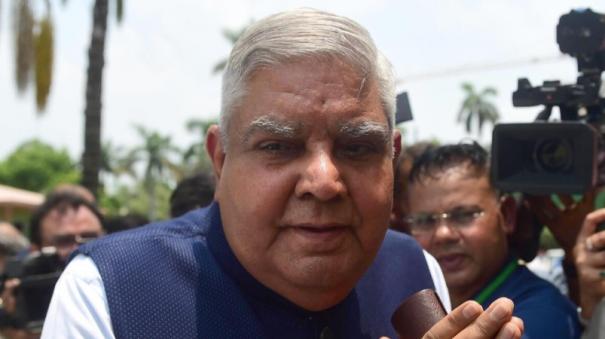 New Delhi: Jagadeep Thankar, who contested on behalf of the BJP alliance, has been selected as the 14th Vice President of the country. He will take office as the Vice President next week.

Vice President Venkaiah Naidu’s term ends on 10th. Subsequently, the election to select the next Vice President was held on Saturday. In this, Jagadeep Dhankar, who was the Governor of West Bengal, was nominated as the Vice-Presidential candidate on behalf of the National Democratic Alliance led by the BJP. Similarly, former Union minister and senior Congress leader Margaret Alva was fielded as the general candidate of the opposition parties.