Chennai: The national flags hoisted on houses, shops and streets to mark the 75th Independence Day are now unheard of. It has been requested that the Chennai Corporation should take steps to bring down these flags with dignity.

To mark the 75th anniversary of the country’s independence, various programs were organized under the name ‘Amrit Mahotsav’ (Amrit Mahotsav). As a part of this, Prime Minister Modi called upon the people of the country to hoist the national flag in every house from August 13 to 15. 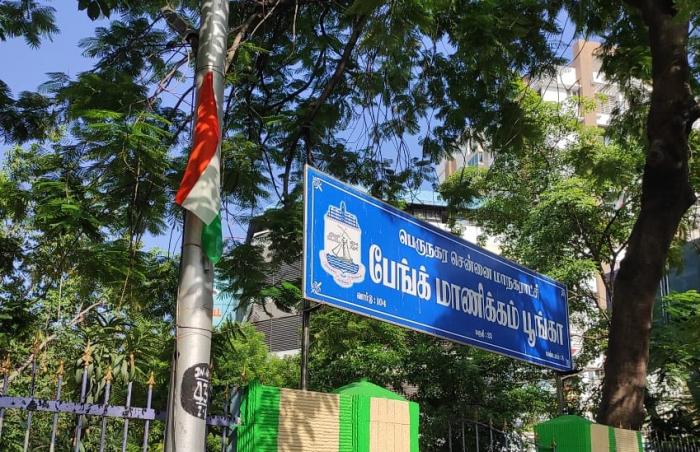 According to this, an action was taken on behalf of the Chennai Corporation to hoist the national flag on all the houses in Chennai. In a statement issued by the Chennai Corporation in this regard, “In view of the 75th Independence Day of India, it has been advised to celebrate the Tricolor National Flag in all the houses from August 13 to 15 as “Independence Day Festival” to further strengthen the sense of patriotism.

Therefore, in order to celebrate the 75th Independence Day of India and to honor their sense of patriotism, the public is requested to hoist the national flag at their homes and shops from 13th to 15th August and after 15th August to keep the tricolor national flag safe,” it said. According to this, the national flag was hoisted for three days from 13th to 15th August at all the houses, shops, public places and roads in Chennai.

In this case, all the hoisted flags are currently lying unheard on the roads. In many places the national flags are about to get damaged.

So there is a demand that the Chennai Corporation should take steps to lower the national flags with dignity.

Retired assistant editor of ‘The Hindu’ who ran enthusiastically in the night marathon: Aavadi police commissioner personally called and praised