Coimbatore: Regarding the issue of Siruvani Dam, the Tamil Nadu Drinking Water Drainage Board has met and held talks with the Kerala authorities. They insisted that the water should not be opened before approaching 45 feet.

Siruvani Dam, one of the main sources of drinking water for Coimbatore, is located in the Western Ghats in Palakkad district of Kerala state. Siruvani dam can store up to 49.50 feet of water. However, due to the safety reasons of the dam, the water is stored only to the extent of 45 feet by the Government of Kerala. During the current year’s southwest monsoon, Siruvani dam and the catchment areas of the dam received continuous rain. Due to this, the water level of the dam must have been close to 45 feet as of 19th of last month. However, the water level of Siruvani dam had reduced to about 8 feet.

Also, they had planned to meet and discuss the matter with the officials of the Kerala Drinking Water Division. Accordingly, the officers of the Coimbatore Division of the Tamil Nadu Drinking Water Drainage Board headed by Superintending Engineer Senthilkumar went to Palakkad District of Kerala State today (5th August). 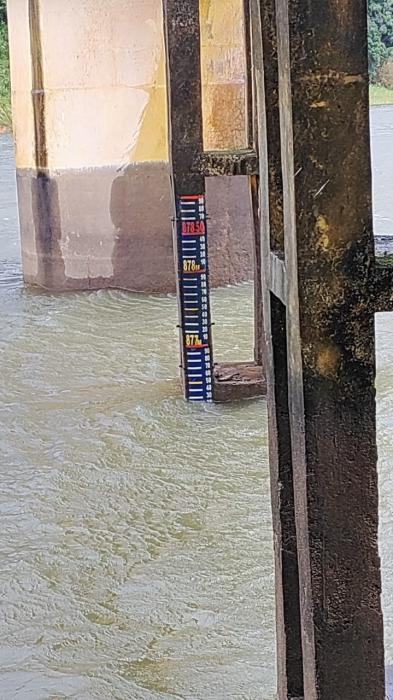 They met and held discussions with the officials including the Executive Engineer of the Kerala Drinking Water Division, which maintains Siruvani Dam.

According to an official of the Tamil Nadu Drinking Water and Drainage Board, water should be stored up to 45 feet in the Siruvani dam. Water should be opened only after approaching 45 feet. We have urged the officials of the Kerala Drinking Water Division not to open the water before that. After that, the team visited the water level situation of Siruvani Dam. As of yesterday, the water level in Siruvani Dam is 41.23 feet. 187 mm of rain has fallen at the dam and 61 mm at the base,” they said.