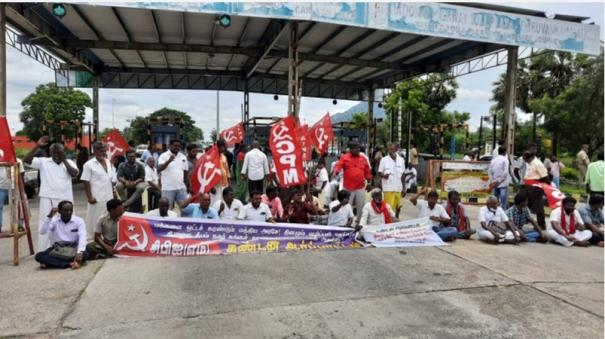 A protest was held today by the Marxist Communist Party in front of the toll booth demanding the removal of the toll booth at Inamgarianthal village next to Thiruvannamalai. Union Secretary S. Ramadoss presided. District executive committee member M. Veerabhatran said, “The government led by Prime Minister Modi is looting from the people by increasing the customs duty booths across the country. In Thiruvannamalai district, which is full of farmers, where the roads are bad, they set up toll booths and extort money.