Tokyo: US Speaker Nancy Pelosi has said that the US will not allow China to isolate Taiwan.

Nancy Pelosi is currently in Tokyo, Japan, at the end of her Asian tour. There, Nancy held consultations with Japanese Foreign Ministry officials, members of Parliament, and Japanese Prime Minister Fumio Kishida

He then participated in a press conference. He did not directly respond to China’s military exercises in Taiwan’s waters and said, “China can prevent Taiwan’s officials from going to other places if they want. But we will not attempt to isolate Taiwan by traveling there. “The US will not allow China to isolate Taiwan,” he said. 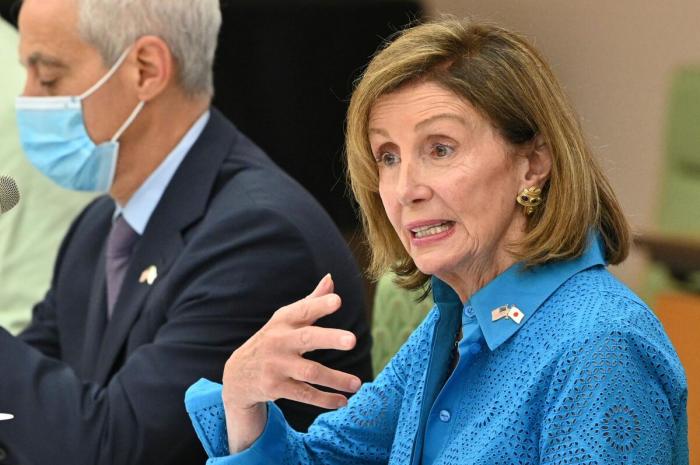 US House Speaker Nancy Pelosi traveled to Taiwan on Tuesday as part of her Asia tour. With this trip, Nancy Pelosi became the first US official to visit Taiwan after 25 years. China expressed strong displeasure with Nancy’s visit. China also said that the US was interfering in China’s internal affairs.

Job opportunity increased by 65% ​​due to 5G technology..!

“Only a lonely person knows the need for a relationship” – Ratan Tata What is the reason for saying this?

“Only a lonely person knows the need for a relationship” – Ratan Tata What is the reason for saying this?

Afghanistan: A terrible explosion during prayer in a mosque – more than 20 people are reported dead!