Tulsi (Rithvika), wife of construction worker Pacchimuthu (Karunas), gives birth in the hospital. He and his companion Saroja (Iniya) suddenly disappear. Saroja’s dead body is found outside the hospital. Pacha Muthu, missing his wife, lodges a complaint at the police station. Inquiring, they tell a piece of information. Pachamuthu refuses to believe. The film is about where his wife went and what happened.

Director Ramnath Palanikkumar has realistically recorded without exaggeration how the common man’s justice oscillates between money and power and how the lives of common people are always toys in the machinations of corporates. He can be appreciated for making a crime thriller story uncompromisingly without any commercial spice.

The director’s compelling effort is superbly aided by Mahesh Muthuswamy’s cinematography, Srikanth Deva’s unobtrusive background music and R. Ramar’s editing, which does not compromise the story.

This is an important film for Karunas who is a construction worker. His pitiful appearance with a tattered turban and dirty lounging shows the typical poverty worker as such. He has taken a step up in acting when he cries for his missing wife, when he is stuck in the police station with his child in his arms, and when he stands helpless under the threats of the authorities.

Pregnant Rithvika doesn’t have much to do but scores the cap-bill as the story revolves around her. Iniya’s character, who first clashes with Karunas and then helps her out of pity, lends a hand to the suspense of the first half. His character stands tall in the honesty that shows the moisture inside him even if he is a thief.

Uma Riaz, the Assistant Commissioner of Police who bends their authority to any extent, and the brutal Inspector, ‘Baahubali’ Prabhakar are together in their respective roles. Arun Pandian portrays the old policeman with a sad gait and slow speech. His decision to be complicit in the mistake is shocking.

Although it is a two-hour film, the screenplay moves slowly. Although the film has some flaws like the intense suspense could have been told to make it a little more understandable, it is still a solid success for ‘Aadhaar’. 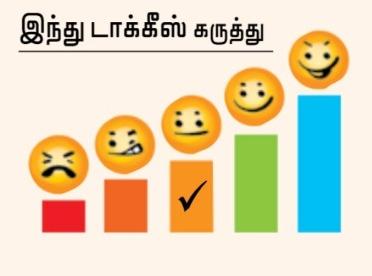 Zerodha: Rs 10 lakh prize if you win the fitness challenge; But a condition; Task given by the company

The video song ‘Mallipoo’ was released by Vetka film team