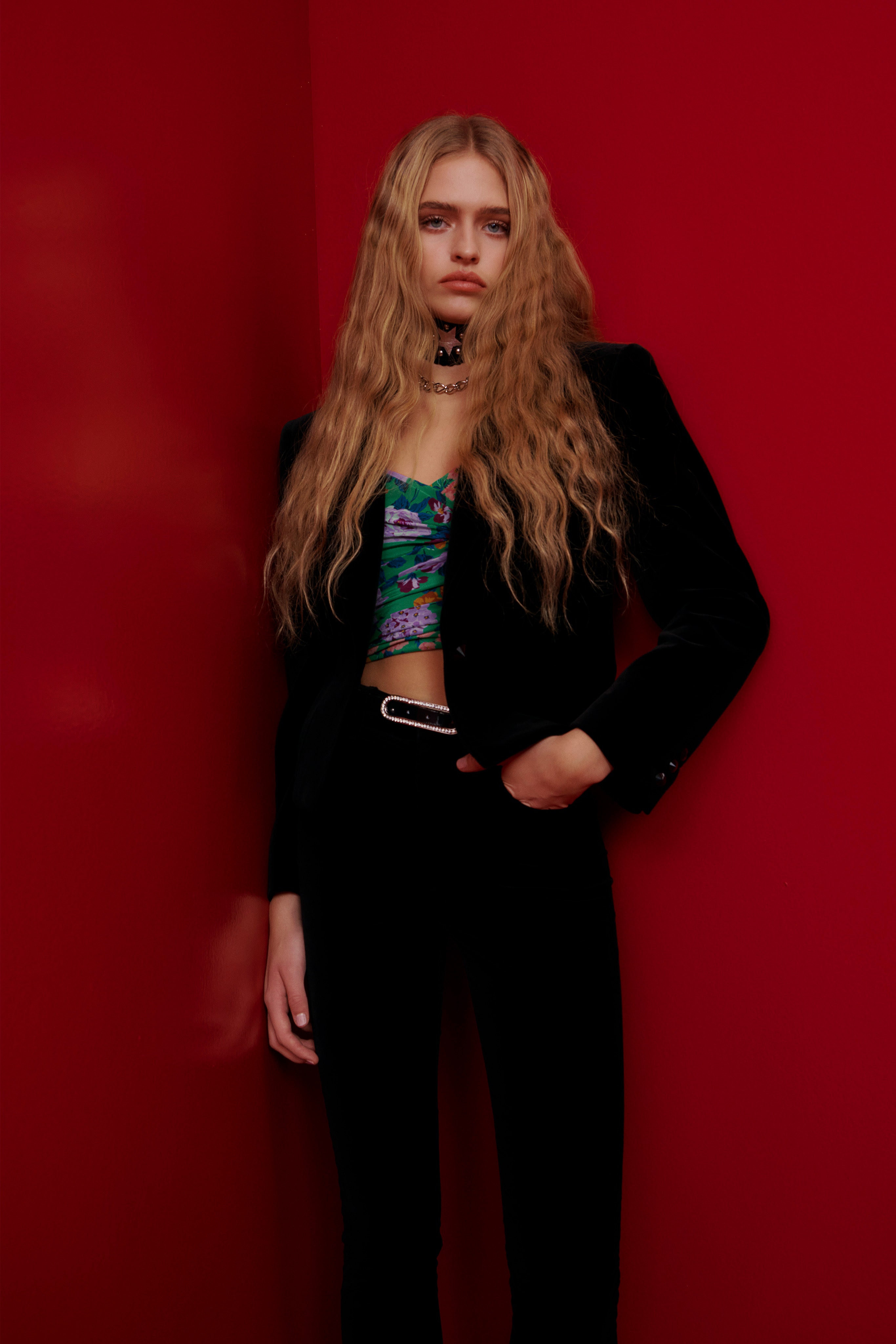 At a pre-fall appointment, Alessandra Rich was neatly put-together in a relaxed sweatshirt emblazoned with a glittery Rich logo and track pants of the skintight variety. Looking at her, one expected to see a collection of her young-upper-crust clothes: long pleated dresses in micro-florals and white pussy-bowed collarettes with occasional plunging necklines. But no. Or at least not only, as there’s apparently another side of posh that Rich is suggesting her high-heeled (and well-heeled) clientele should explore—sultrier, darker, with plenty of black latex, see-through nets, and crystal-studded corsets. Oh la la.

In the look book, images of a blonde ingenue clad in what looks like a chic version of fetish gear emerge from a deep red velvety background. Who’s the role model? Is it Séverine, the double-life character played by Catherine Deneuve in Buñuel’s Belle de Jour, perhaps? Rich was mum on the subject, leaving it open to interpretation. When pressed on the about-face from bon ton madame to erotic diva, she said it was due to a desire for sensuality and passion that the (apparently never-ending) pandemic has unleashed. Cheekily, she called the collection Room 2022: “I know, it’s a hotel room I was thinking about,” she joked. “The number 2022 is actually wishful thinking; it’s the year in which I’m hoping that passion for life can be lived fully and freely again.”

To that end, Rich is giving plenty of tools to her bourgeois clients, eager to play a sassier, provocative role. Pre-fall was a rather sexy affair, abundant in skintight midi pencil skirts in glossy black vinyl or transparent stretchy net; crystal-studded mohair sweaters soft as a kitten but cropped to generously expose the midriff; and corseted bustiers in pink camouflage or black leather. Barely there velvet hot pants, slinky draped minidresses printed with miniature florals, and bouclé-Lurex tweed suits with skirts as short as belts emphasized the tongue-in-cheek message of fetish-chic seduction Rich wanted to convey. “The woman I was thinking about is still the same,” she said. “It’s just that she doesn’t want to look too perfect; she’s less in control. She’s giving herself permission to be more erotic and instinctive. She wants to let her hair down.” 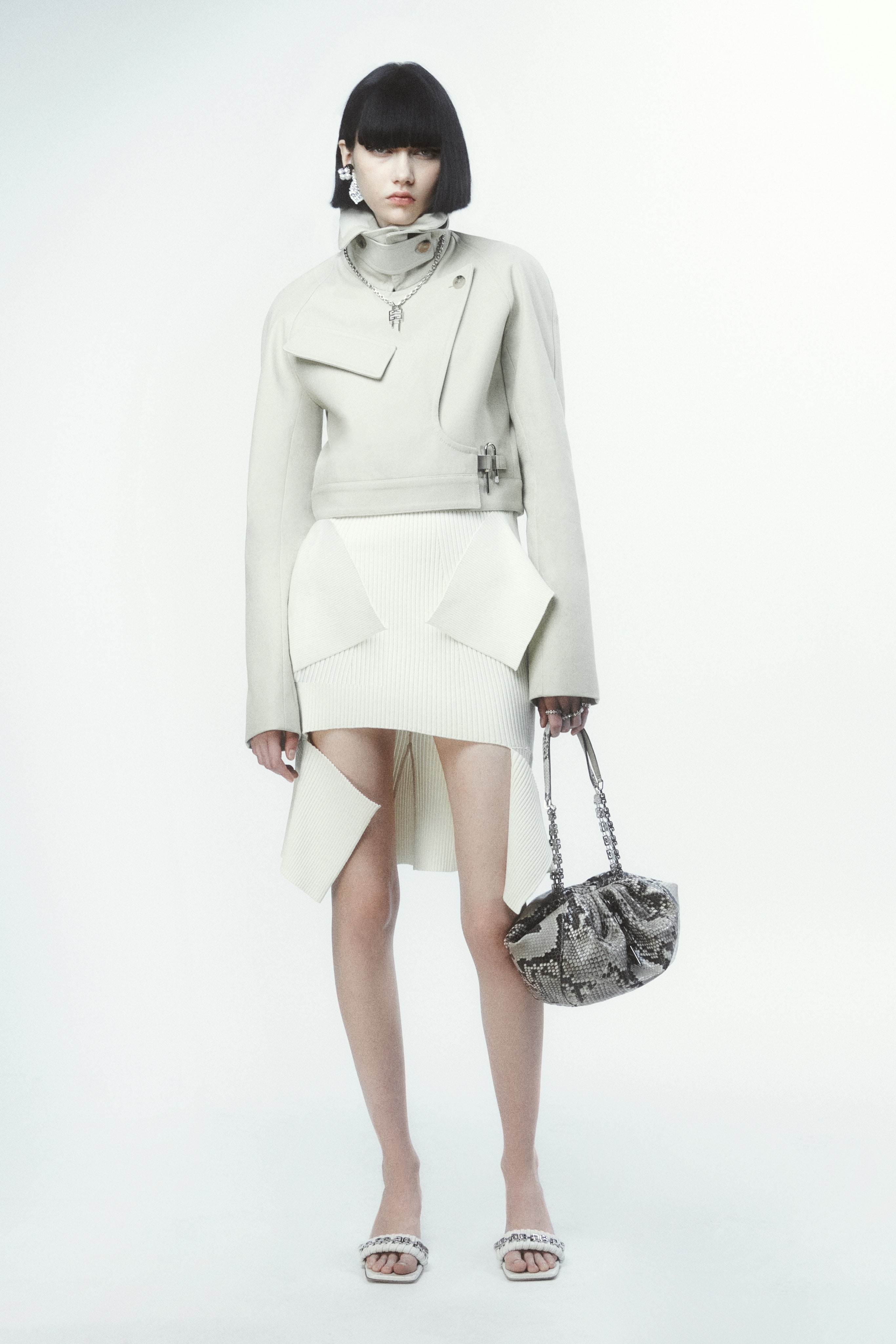