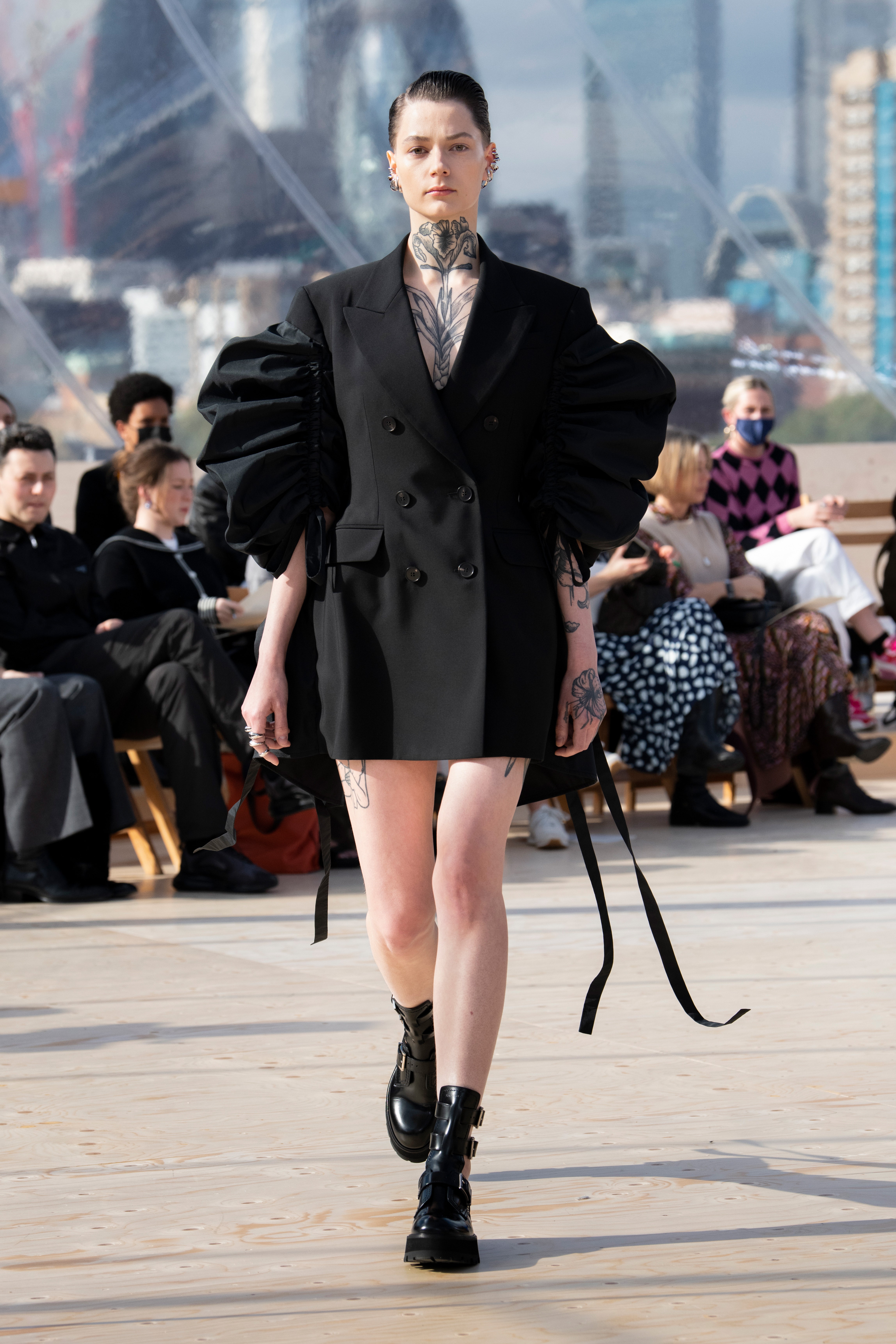 She’d flipped her creative and imaginative process—the usual build-up to showing in the framework of Paris—to refocus on making clothes more collaboratively, reflecting the characters of the women who came into the London studio for fittings. “Because of the situation we’re in, it’s been very much working 3-d, one-on-one with models, and people from different walks of life, not all of them models.” She said that anything that felt stylistically imposed on them got scrapped and redone. “They’re each so different, so individual. There’s been a sort of community of women; a great relationship with a group,” she reflected. “We
wouldn’t have done that if we’d been on that train.”

It led to a show that felt earthed in a female-gaze translation of the gritty London energy of the Alexander McQueen tradition of street and underground. For every corseted, full-skirted dress, there were boxy, boy-tailored suits, denims fiercely intersected with zipped and buckled black leather, and boldy-elegant tuxedos; her hybrids of tailoring and dressmaking, cut short. Apart from her ‘skeleton heeled’ shoes, all of the footwear was grounded: heavy “rave” boots or McQueen’s signature thick-soled molded trainers.

This was the first Alexander McQueen womenswear show in London in 20 years. It fell on the eve of the Frieze art fair which opens tomorrow at Regents Park—a magnet (again) for the kind of wealthy international spenders who wear multiple looks to the frantic round of gallery openings, dinners, and parties. That advantage must have factored into the decision to show McQueen live in London his week.

But it also had to do with Burton’s pride in her city—and it held echoes, for those who know Lee Alexander McQueen’s history, of his boyhood obsession with standing on rooftops to watch birds from his home in east London. Lee McQueen grappled with the elemental forces of nature throughout his storied career. His final collection Plato’s Atlantis in spring 2010 was a dire prophecy of a world drowned by climate change.

To his successor, that consciousness is ever-present. Twelve years later, on the way to her show, there were highway signs warning: PAN-LONDON FLOODING, TAKE CARE ON ALL ROUTES. As she spoke of uncontrollable skies and storms, Burton was also pointing at “how we should be protecting nature, rather than dominating it.” Her efforts to put brakes on the damage now include using chrome-free leather, upcycled tailoring fabric, and recycled polyester taffeta. And meanwhile, she had the McQueen ‘Cloud’ show-venue designed so it can be collapsed and re-used. At some point, it will be floating off to house any number of potential cultural and educational events around the country. 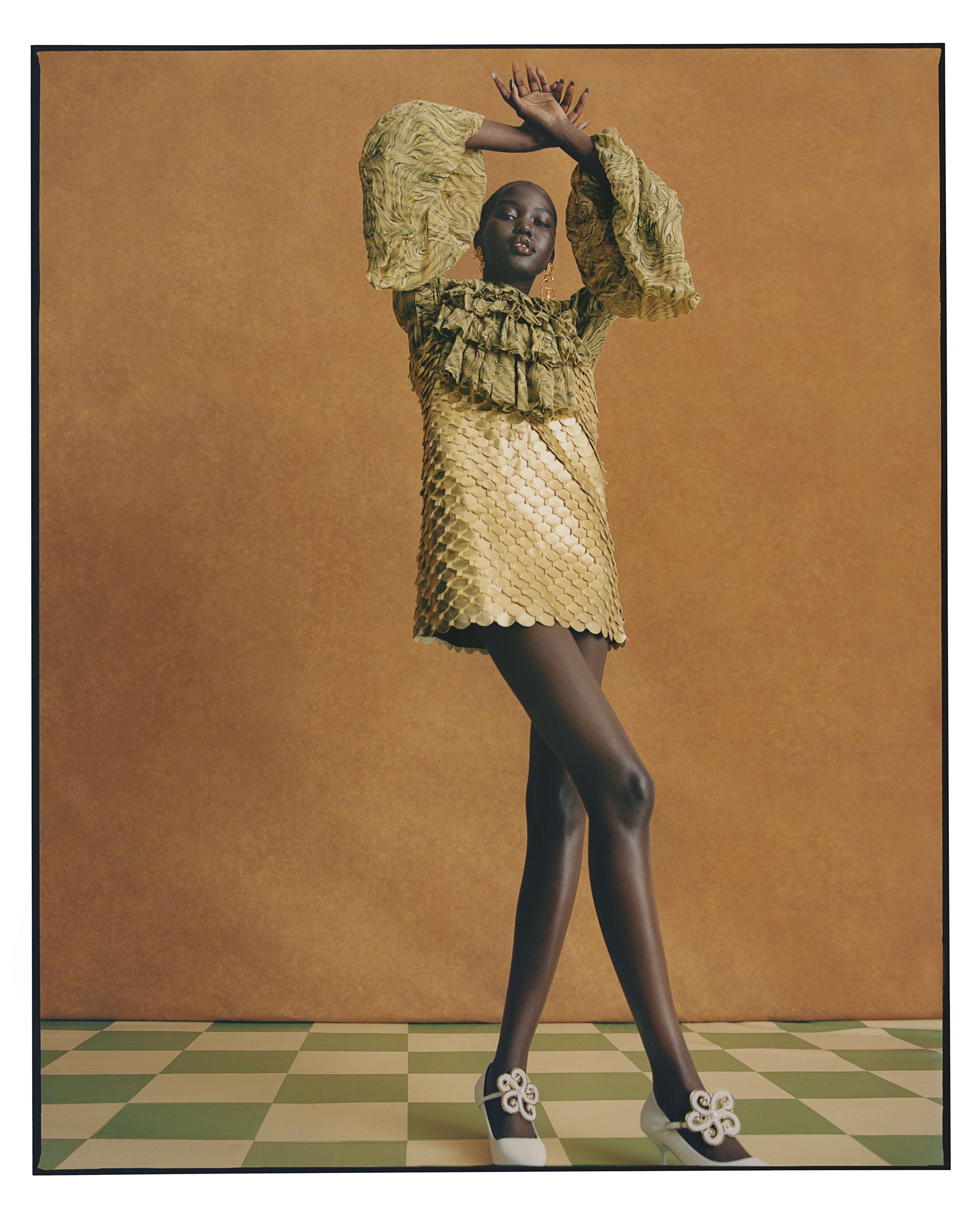 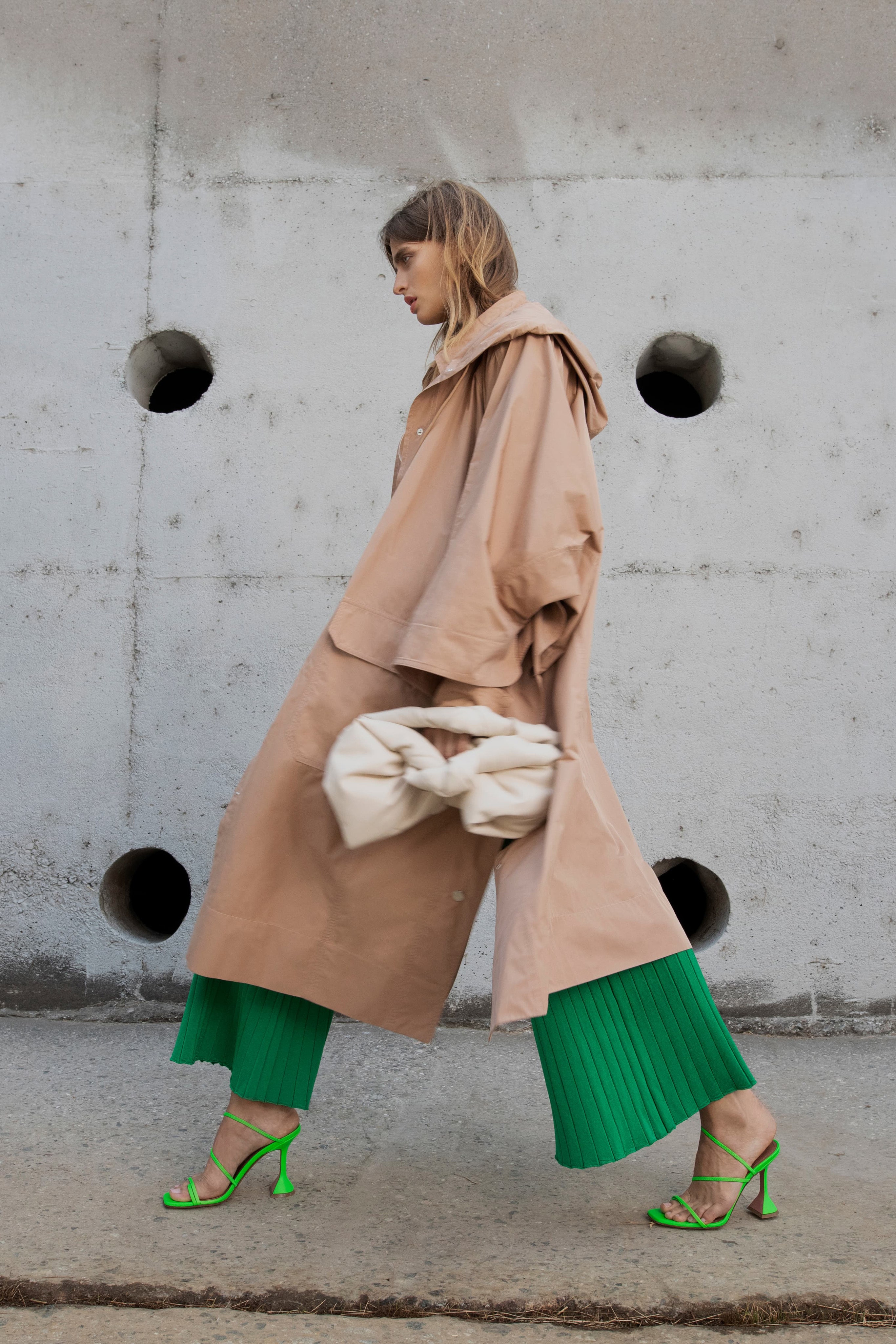