Muthu (Simbu), a pregnant woman with bruises and bruises, goes to work at a paratha shop in Mumbai. A new world of shopping by day and cutting by night awaits him. Muthu gets caught up in this ‘one-way’ world of Miralum, and one day becomes a sudden hero and gets close to ‘Bada Bhai Garji’ (Sara). Gutti Bhai (Siddhiq) faction against him. Both are pulsating each other. Meanwhile in love with Bavai (Siddhi Itnani) who works in a cloth shop. The film is about where this conflict and love puts Muthukurichi Muthu.

Keeping aside his usual features of upper middle class lifestyle, English subtitles, hero’s voice-over, sweet song sequences in colorful locations, Gautham Vasudev Menon has gone all out with Jayamohan’s ‘Gangster’. While the realistic first half makes you sit up straight, the second half tests your patience as it descends into typical Dada conflict. There is no excitement in the climax and the foreshadowing for the second part which gives a sense of completion in a rush!

A thin, sweaty Tegam in the dry thorn forest looks at Simbu, who enters with a one-armed mannerism with narrowed eyes.
When it thrills us. ‘Damn, is this Simbu?’ This surprising ‘pearl’ has never been seen like this before. His body language, the work he has put into slimming down, and the 19-year-old look of Menakadal are astounding. Siddhi Itnani, who comes as a Mumbai Tamil girl, has acted as if she is not known as a newcomer. In the romantic scenes between him and Simbu, Gautham’s unique magic is visible.

Appugutty impresses in a strong role after a long gap. Malayalam actor Neeraj Madhav has done a great job in a character that many are reluctant to accept. ‘Kutibai’ Siddique, Sermadurai, Bhava Chelaturai, Rauthar who is intimidating even after a few minutes, Jaffer, Sara who makes rice paddy Annachi, Richard James who comes as a paratha shop assistant, and mother Radhika are all perfectly united in the character.

A.R. Rahman’s background score plays a powerful role in the narrative movement. The songs are enjoyable. With the sound of his voice ‘forget the heart’
Sticks. Siddhartha Nooney’s cinematography shows Mumbai naturally. Although there are many flaws in the screenplay, the story of a Dada can be seen because it is realistically told, this forest! 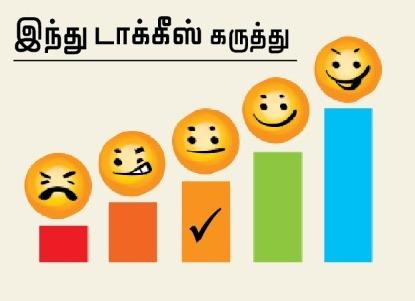