An Army team entering the forest of Sector 42 of the North East State Border is killed. Then the team headed by Captain Vetrich Selvan (Arya) goes there, and even then mishaps happen. In it Harish Uthman of his team (Karthik) commits suicide after killing his teammates. Arya team goes back to the same place after a year by scientist Keerthy (Simran). What happens in that forest, why did Harish Uthman do that, what is the purpose of Simran and Co.? That is the picture.

Director Sakthi Selandarajan, who has already brought Hollywood-style films (Mruthan, Tik Tik Tik, Teddy) to Tamil, has given a Predator, Alien type story in this. The surprise, excitement and pressure of his previous films, ‘Aang… then?’ It’s just that. Arya, who plays the role of a captain in the film, also comes on duty. As an army captain, he always does what is right in his acting.

Aishwarya Lakshmi is not busy. As he hands Arya a box and says ‘Don’t open this now’, we can guess the suspense of who he is. Arya Team’s Harish Uthman is memorable even after a brief appearance. Aditya Menon is the cinematic formula army general who first hates Arya and then turns ‘good’.

Scientist Simran, Gokul, Kavya Shetty, Malavika Avinash have done the given work. T.Iman’s background music is struggling to save the film. Yuva’s cinematography is okay.

The animal, which is shown in the film as a strange animal, did not commit any cruelty. All it does is spit on the faces of those who come into the forest. So instead of fear, pity comes over it. While one appreciates the efforts of the director who would have thought of filming such a story, the lackluster screenplay makes the compliment go back. 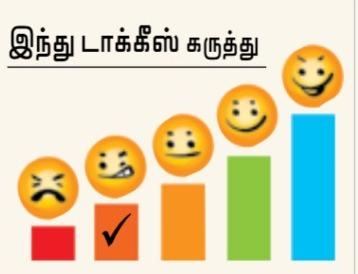