“Educating one person speaks more than building a thousand temples,” Suri said at the music and trailer launch of ‘Viruman’.

‘Viruman’ movie music and trailer release ceremony was held in Madurai. Actor Surya, Karthik, Aditi Shankar, director Bharathiraja, Yuvanshankar Raja, Muthiah, Suri and many others participated in this. Actor Suri, who participated in the event, said, “Congratulations to Suriya who won the National Award. Your work in cinema has brought you to this place. 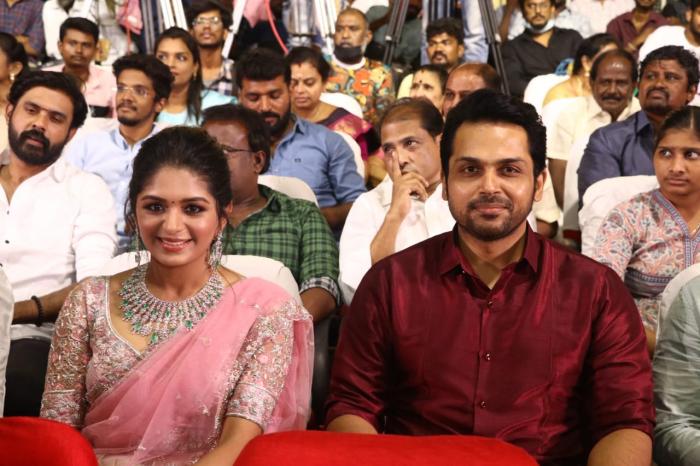 The films you make and your work will be talked about for years. Beyond all that, getting one person to study will speak volumes more than building a thousand temples. That is a great thing. You are doing it. That is why there is such a large crowd around you. They will always be there.

I have played the role of Kuthukallu in the film. I wish the film success” he said.