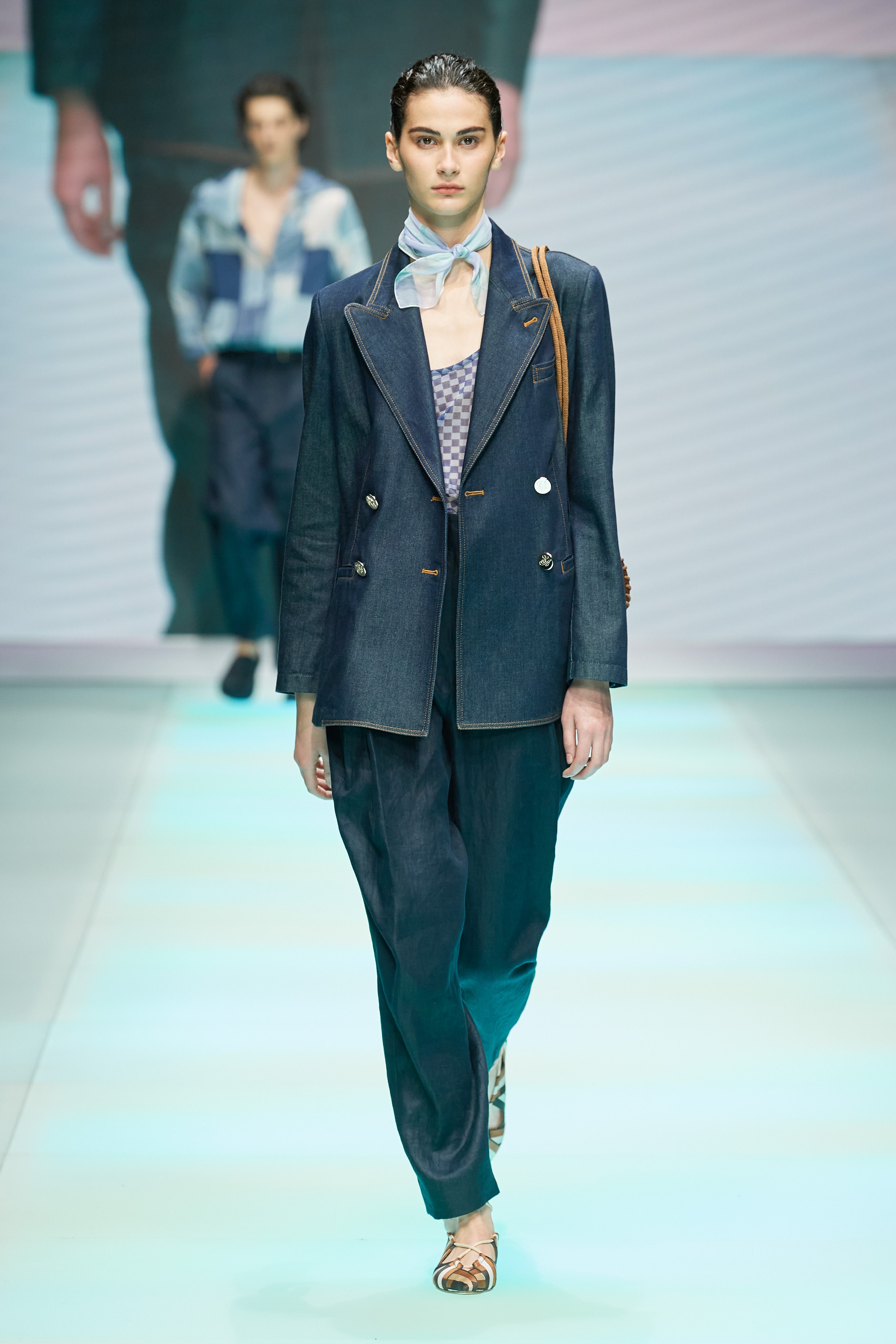 There are three reasons why this Emporio Armani show was an especially big deal. Reason one: it saw Giorgio Armani take his first post-show bow at his south side of Milan showspace since January 2020, for fall menswear, before he became the first fashion designer to sense the threat of Covid and close his doors. Reason two was that alongside him for this bow was Silvana, his niece: Mr. Armani, 86, has already said that he is preparing for the future, and this was fresh evidence of that.

Reason three: this show marked the 40-year anniversary since Armani opened a new store in Milan selling a collection he’d entitled Emporio Armani, or Armani Emporium (in latinate English). The idea was to translate his soaring American Gigolo– and Grace Jones-fueled appeal into a concept that echoed Elio Fiorucci’s retail brilliance, but was centered around a more accessible, affordable, and arguably flexible expression of the Armani codes.

From Roberto Mancini posing with the (quite good) Italian national football squad to the 80 seasons of campaigns that have dominated Corso Garibaldi and billboards across the world, the filmed montage that preceded the show (but which weirdly didn’t include the titanic lit signage that greets every arrival at Linate airport) reminded the spaced-out audience (for health reasons) of Emporio’s evergreen appeal.

The collection that followed showed why. Covering both womenswear and menswear, it traversed the key Armanian territory of androgynous (but not sexless) tailoring, threw in a liberal scattering of his eccentrico styling (always a hat, plus Memphis-reminiscent chunky jewelry), diverted via some non-specific but definitely non-Italian references in silhouette and watercolor-esque patterning, and returned periodically to versions of an ingeniously engineered triple-hemmed party dress.

As ever, there were more looks than photos on Vogue Runway because Armani sent out his models in clusters, the larger groupings serving to emphasize the specific fashion chapter of the broader narrative he was charting. My favourite transition was from a menswear section featuring some typically gorgeous jackets teamed with palm-printed ties (a Miami Vice reference?) that were worn above slides. This suddenly segued to some almost decadently technical all-white but piped sportswear featuring the horizontally-lined 7 of the EA logo: cycling shorts and sneakers apart, it was hard to tell exactly which sport they were made for, but it looked cool. Then another switch: crushed silk linen tailoring with kimono collar accents. And then another, and another…

It all, though, looked purely Armani. This was a show that demonstrated how constant reinvention within the parameters of constant design values creates a formula through which a label can remain forever young. Auguri, Emporio. 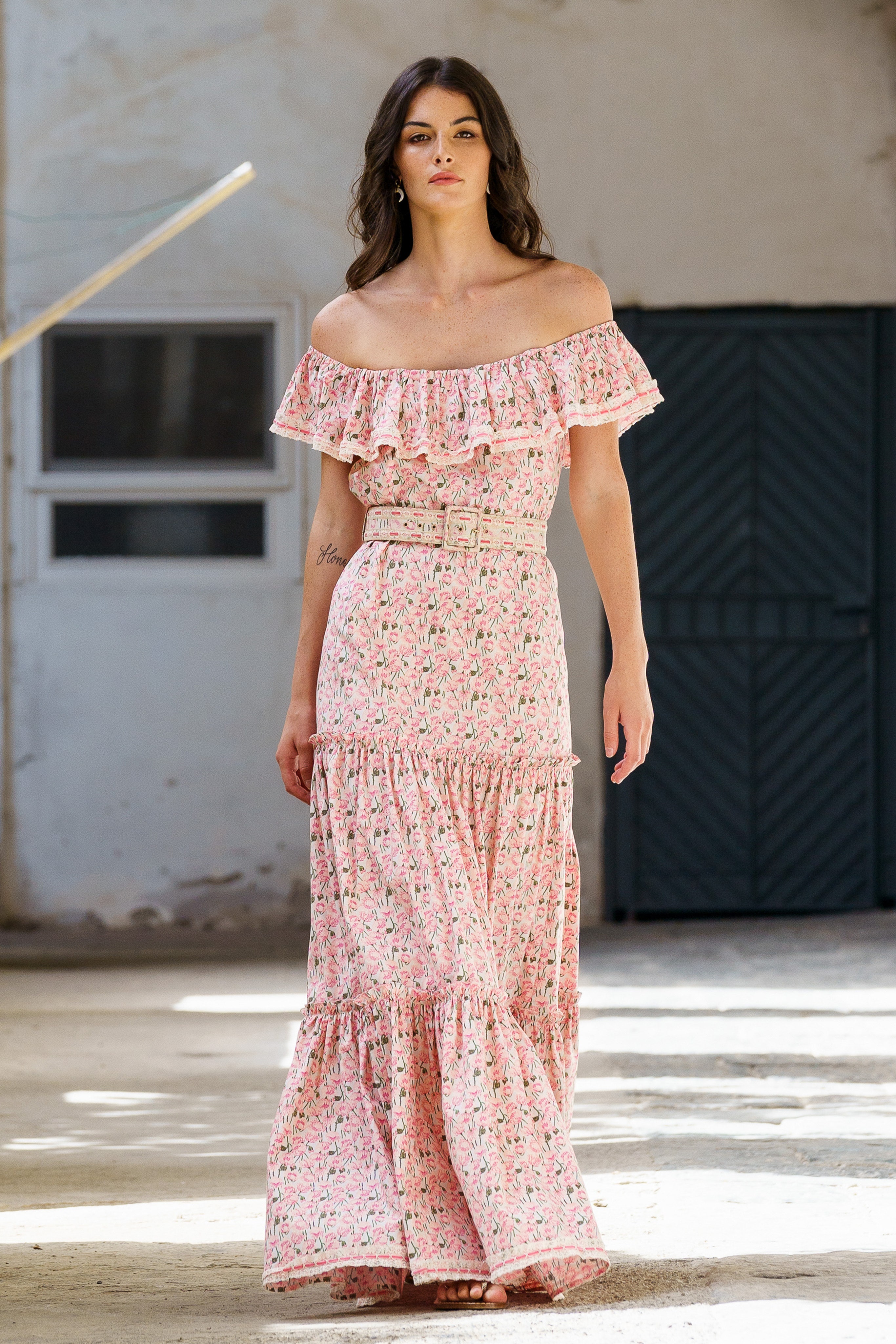 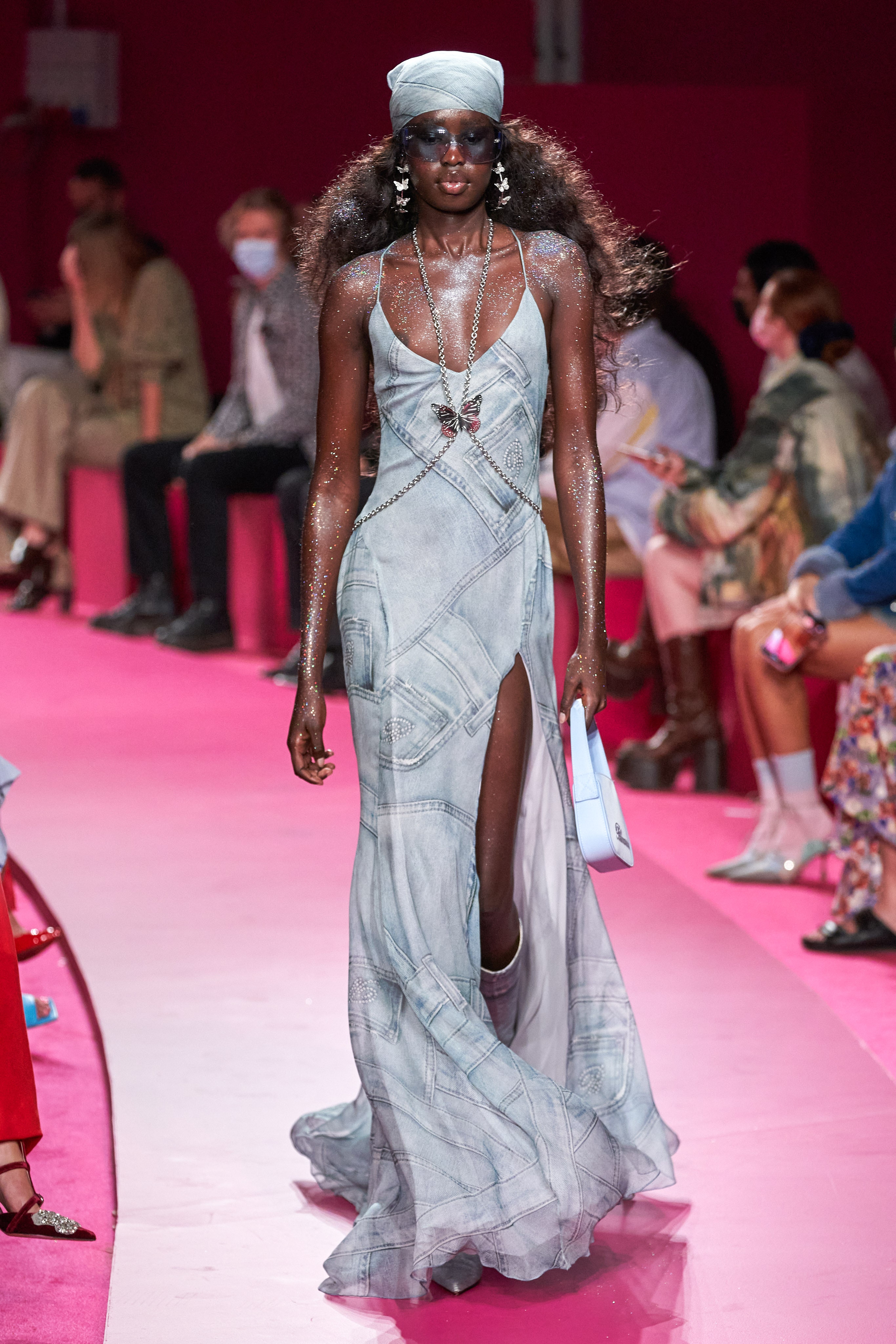