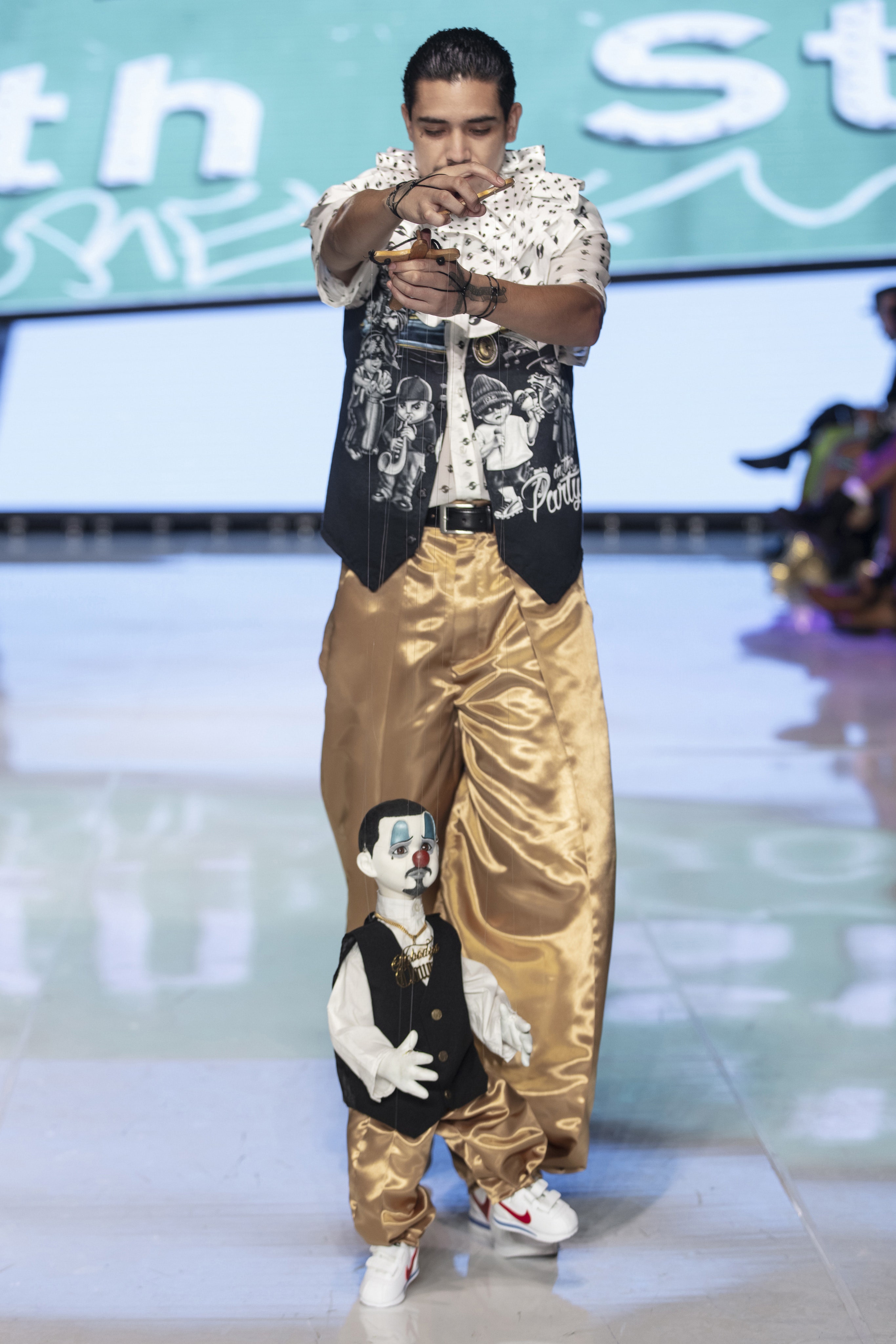 This season, the designer showed in Los Angeles, the city where he was raised and has returned to during the pandemic. He had originally planned to show here in March of 2020, but the coronavirus upended that. So the mood atop the Petersen Automotive Museum, where his runway show was staged just as the sun dipped below the Pacific, was ebullient. Hoots and whistles rose up as the lights went down, and the clapping began before the first model even hit the catwalk. The clothes matched the vibe.

“The main arc is about Chicano culture,” Uribe said. “But there’s so many subcultures under that umbrella.” So he pulled together the looks of various groups: the swaggering machismo of the lowriders; the ornate street look of the cholos and cholas; the zoot-suit-wearing pachucos and their elegant pachuca wives, who flourished in L.A. during the 1950s; and the whitewashed, exoticized version of the bombshell Latina that was offered up by Old Hollywood. Sprinkle on top of those elements a heavy dose of the drag and vogueing scenes, and you get a sense of Uribe’s vision.

Highlights of the collection, shown on a street-cast group representing a wide swath of body types and gender identities (nothing new for Uribe), were the oversized shirts worn half buttoned and falling off the shoulders; the athletic shorts edged in lace; sequined hooded robes in royal blue or candy-apple red that were somehow both menacing and glitzy; and shapely dresses made from oily, slick latex. Asked which piece best encompasses the collection, Uribe pointed to a series of rounded, genderless jackets based loosely on Cristóbal Balenciaga’s bubble jackets but featuring airbrushing and pinstripe motifs lifted from the lowrider scene. Perhaps the most successful design was a basketball jersey that had been elongated to a floor-length, drop-waisted gown, finished off with a flouncy peplum and sequined embroidery. It was casual, glamorous, and just a little tongue-in-cheek, exactly the sort of boundary-erasing work Uribe is known for.

The whole affair, from the casting to the screaming crowd to the theatrical designs, possessed a certain Almodóvarian flair. Like the legendary director, Uribe embraces a campy and fantastical worldview but one that’s also grounded in personal experience and memory. In that way, there was a certain wistful undercurrent beneath the razzle-dazzle façade. Uribe has been successful in channeling his otherness into optimistic designs that are welcoming to people of all walks of life, and this collection continued that thread. All in all, a very fabulous return for this prodigal son. 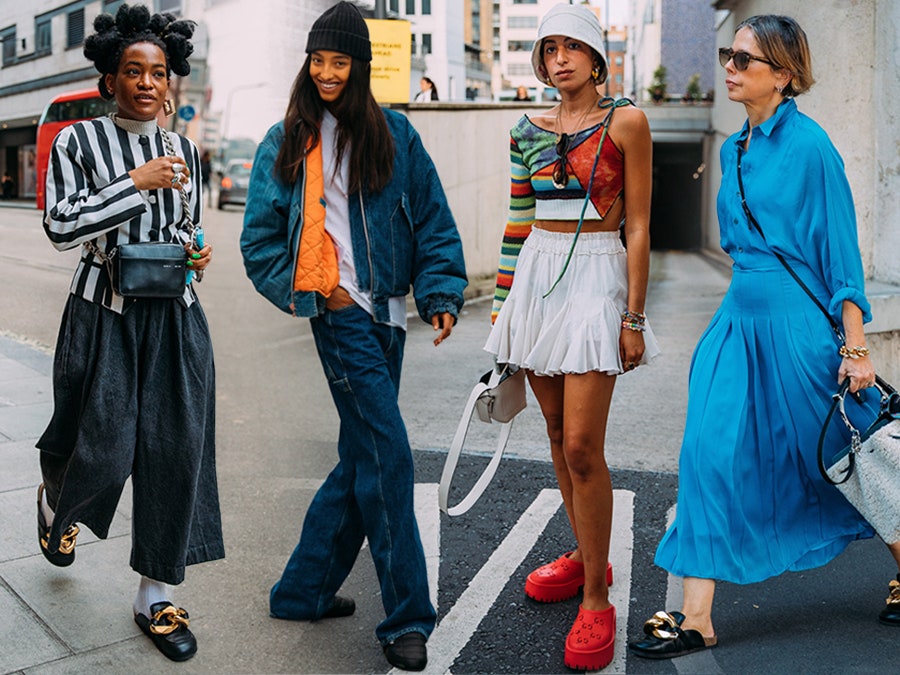