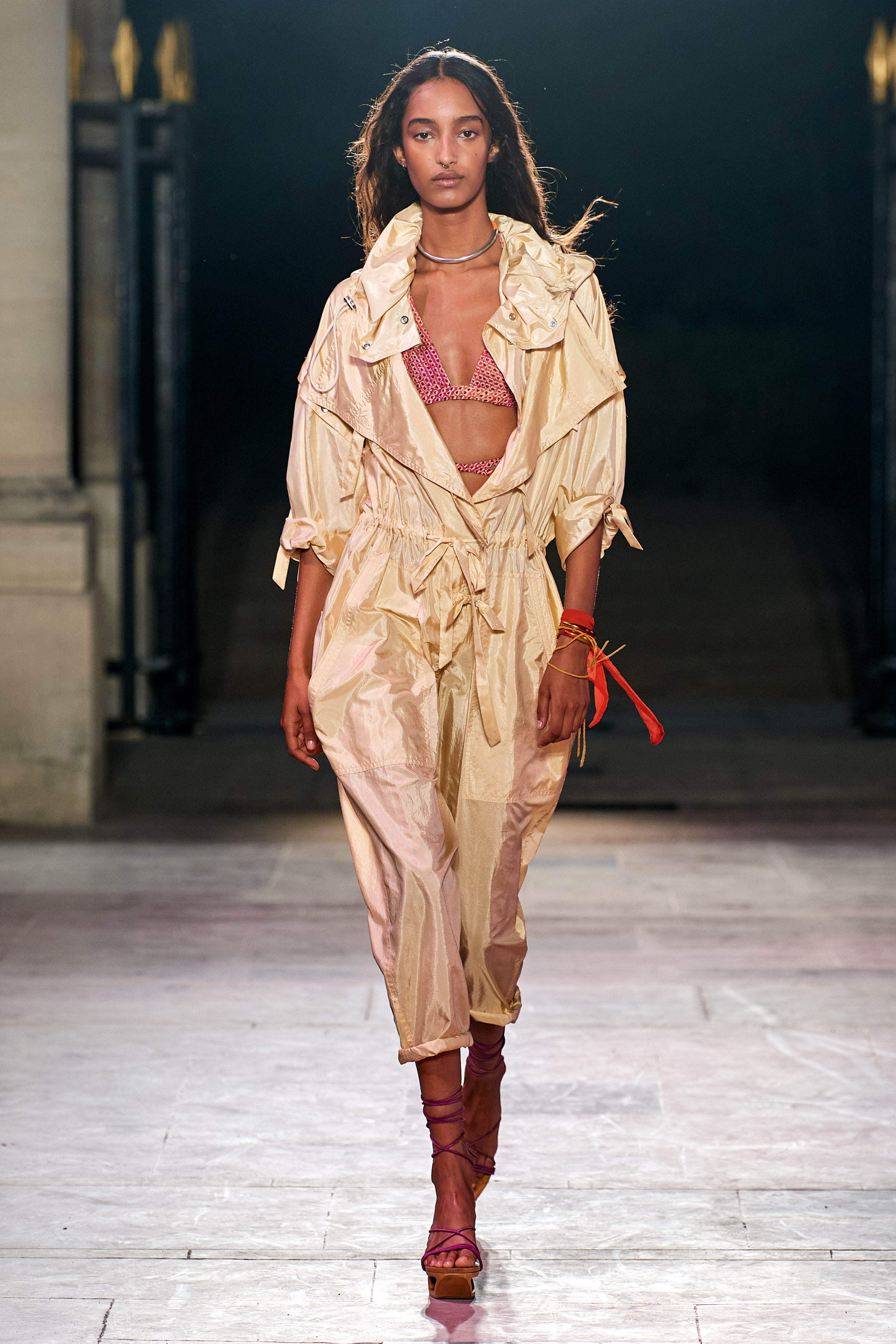 On her August holidays, Isabel Marant retreats to Spain, where she has a house. A beachy vibe seeped into her new collection. “It’s full summer,” she said of the lineup. “I really wanted to have super healthy, sporty, beautiful women with a lot of skin and legs—like always.” If Marant has polished her formula to a high gloss, it hasn’t slowed the company’s roll. There’s a Madison Avenue flagship opening in early 2022 and a second location in Miami is in the works.

Miami is the kind of place her new clothes are made for, with their parachute silks, South Beach pastels, and the ’80s-ish volumes of blouson tops and shell suits. Among the novelties was a logo motif on board shorts and henley tees that looked like it might’ve been lifted from old school, era-appropriate Ocean Pacific gear. Something else that made the show unique: the models were actually smiling. That they aren’t encouraged to do so more often is one of the enduring mysteries of the runway show, one that you might’ve thought would be addressed in a re-emergent fashion week. But no, so kudos to Marant for bringing them back.

The models’ smiles went along with the soundtrack, which advised, on repeat, to “enjoy what you do.” The collection’s jumpsuits, ombré overdyed denim overalls, and sport-influenced separates were designed to ensure that you’ll get noticed doing whatever it is you’re enjoying, without being encumbered by them. The show started with shades of yellow and orange, then worked its way around to pink and violet, before ending with midnight sparkle. “It’s a sunset,” Marant said. Fun clothes for good times. Why not? 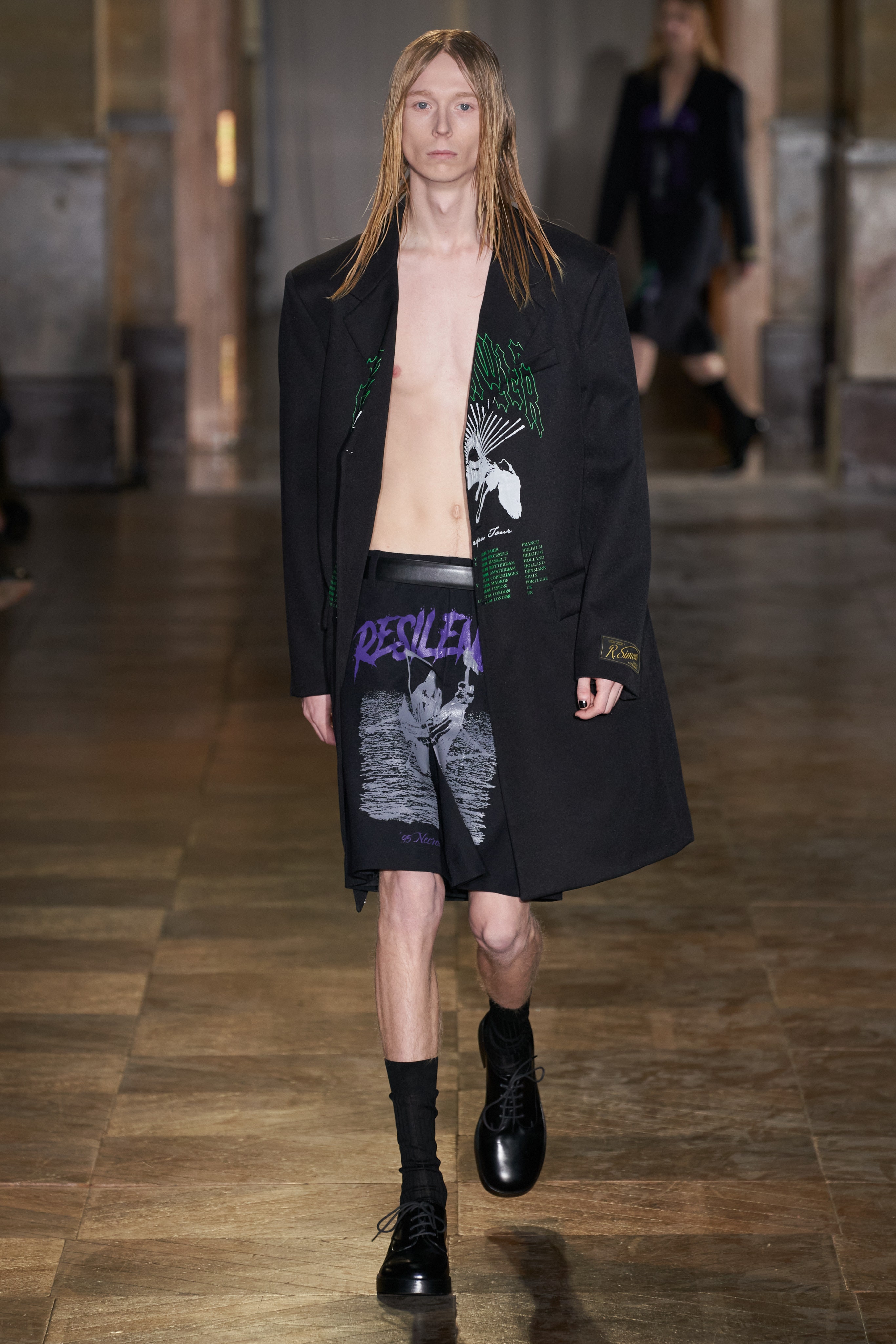