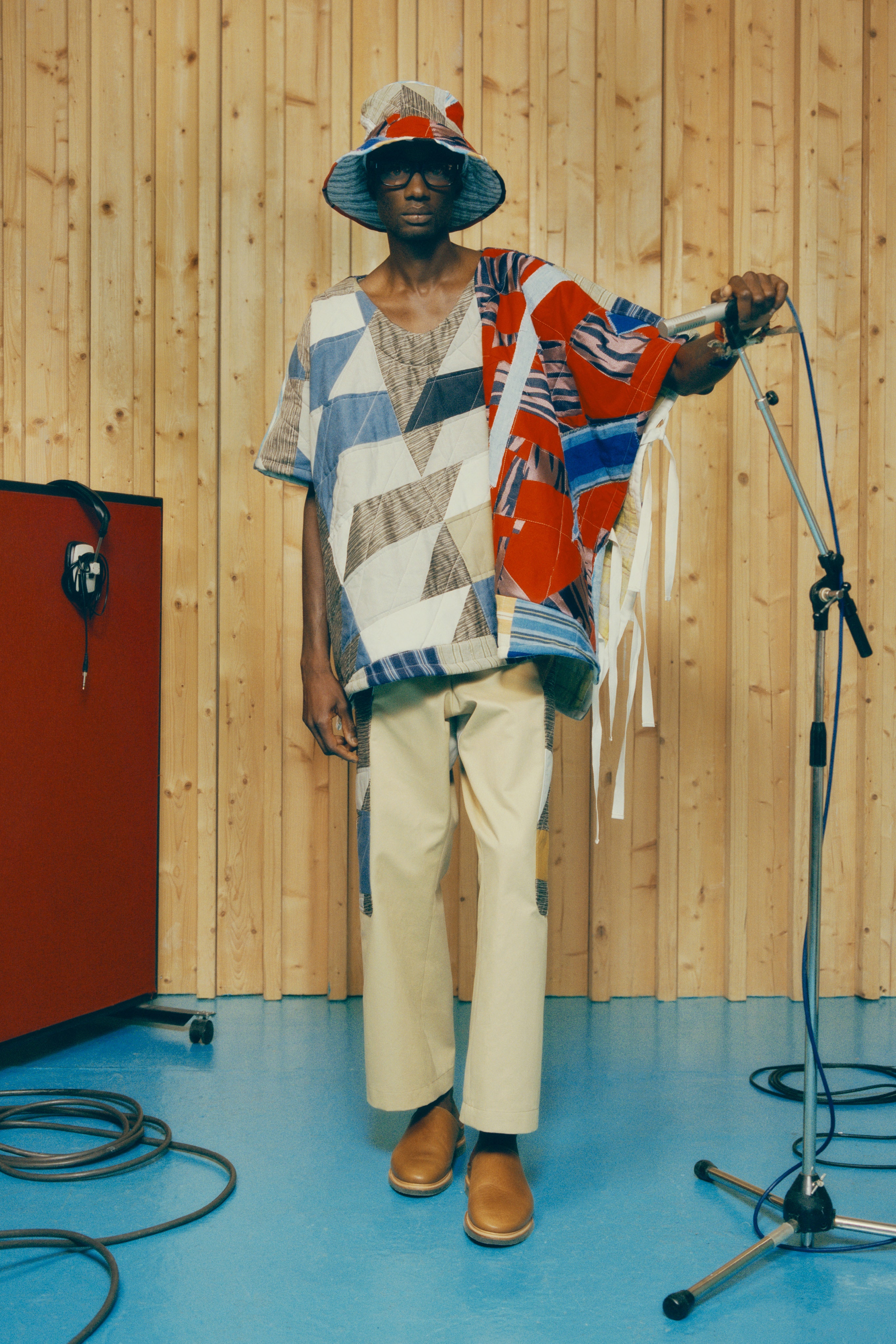 Connecting the divided and disparate in order to fashion a diverse but unified whole: that’s what makes quilting seem so specifically appropriate to the United States—even if its longer history can be traced back to ancient Egypt and most likely beyond. In this collection the British designer Nicholas Daley expanded beyond the Scottish-Caribbean axis that is so personal to him and which he has built the majority of his connections around thus far—and he did it by turning both metaphorically and practically to quilting.

Daley is always adding new patches to his practice; in an interview conducted from his new Tottenham studio the day after shooting a new capsule for Mulberry (which includes some new-for-him womenswear), he unwrapped a few of the fresh additions for this season. He said: “Quilting is something I’ve always been inspired by; this idea of repurposing and rebuilding fabrics and how this connects with certain cultures. So, obviously, I was looking at Gee’s Bend and the quilters there, and in Mississippi and across the deep South. And we’re working on a project with Michael Thorpe who is an amazing artist and bases a lot of his work on quilting, which his mother taught him. With my mother who is head of the knitters for my collections we are working on a piece which we hope will be ready for when this collection launches.”

Further elements in this patchwork will be fashioned not from fabric, but sound. “We’re working with Caleb Kunle, an amazing singer-songwriter who was raised in Nigeria and moved to Ireland… the music is folky r&b, mixed with this West African heritage, and he speaks Gaelic too, which is cool,” said Daley.

Along with further collaborations with Lianne La Havas and Sons Of Kemet in a to-come collection movie that will reference quilt-adjacent musical greats including Joan Armatrading, Richie Havens and Davey Graham, a fair few of the influences in a collection entitled Blue Quilt had not been applied at this lookbook stage. Yet the garments, foundations for the further expression to come, reflected the geographically multitudinous embrace of a spiritually connected global diaspora that is Daley’s daily pursuit.

Key was the creation of four-by-two meter quilt works assembled from off-cuts from previous collections, which were then cut into ponchos and bucket hats. Long-term collaborator Gaurab Thakali created a calligraphic collection-title logo that rested on sweats under tie-dye jackets. Sustainable knitwear was provided by Daley’s reliable, mother-led craft section. Collaboration with a mill in Wexford led to a new oversized pinstripe on linen used in berets, jerkins and pouches, which chimed pleasingly against the bass line of a precisely-pleated made-in-Japan pant and against the feedback of further embroidery, also Japanese. Other satisfying wearable melodies included a Luton-made Panama hat—harking back to a hat making heritage sadly long-gone—and a handsome poly cotton tracksuit. 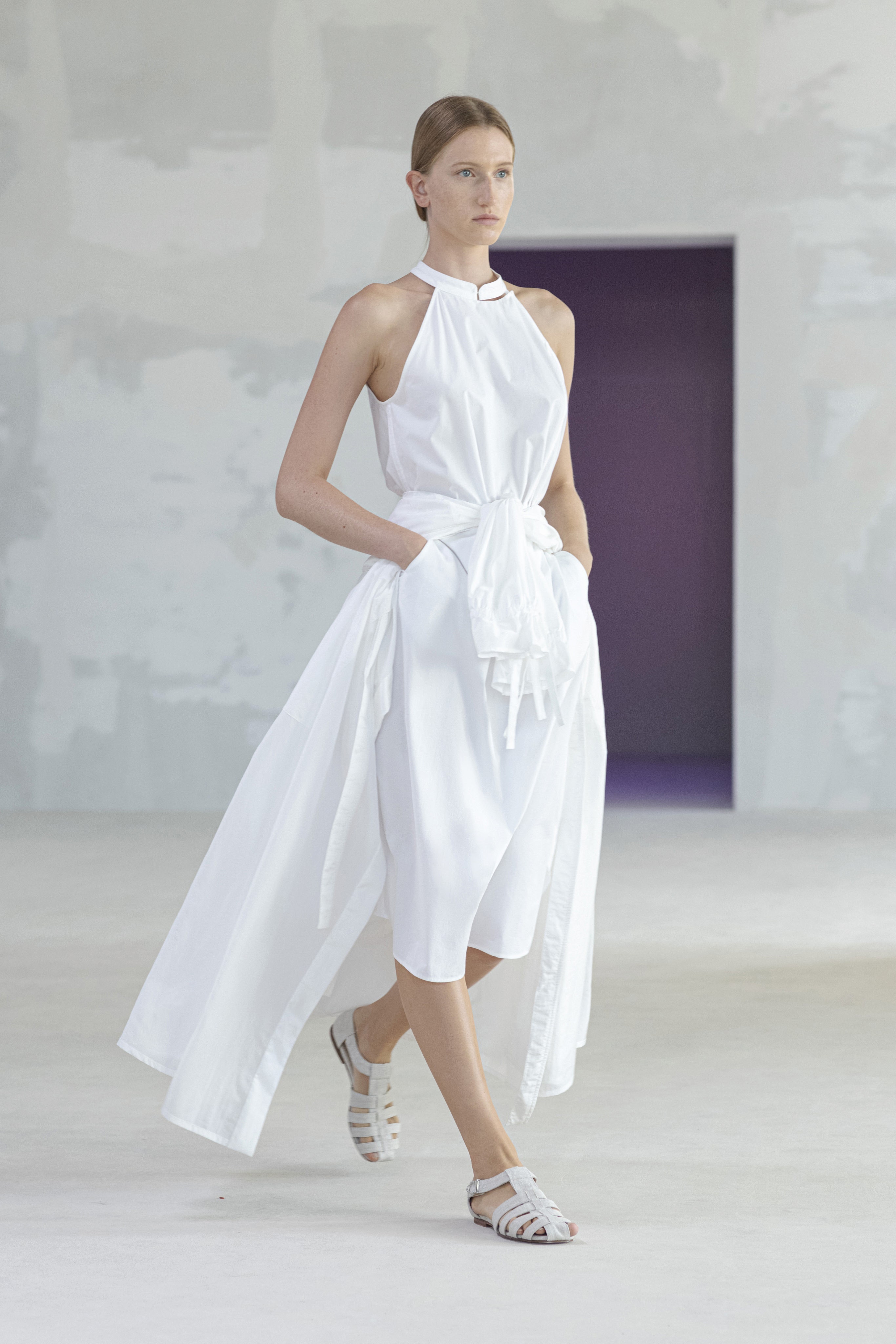