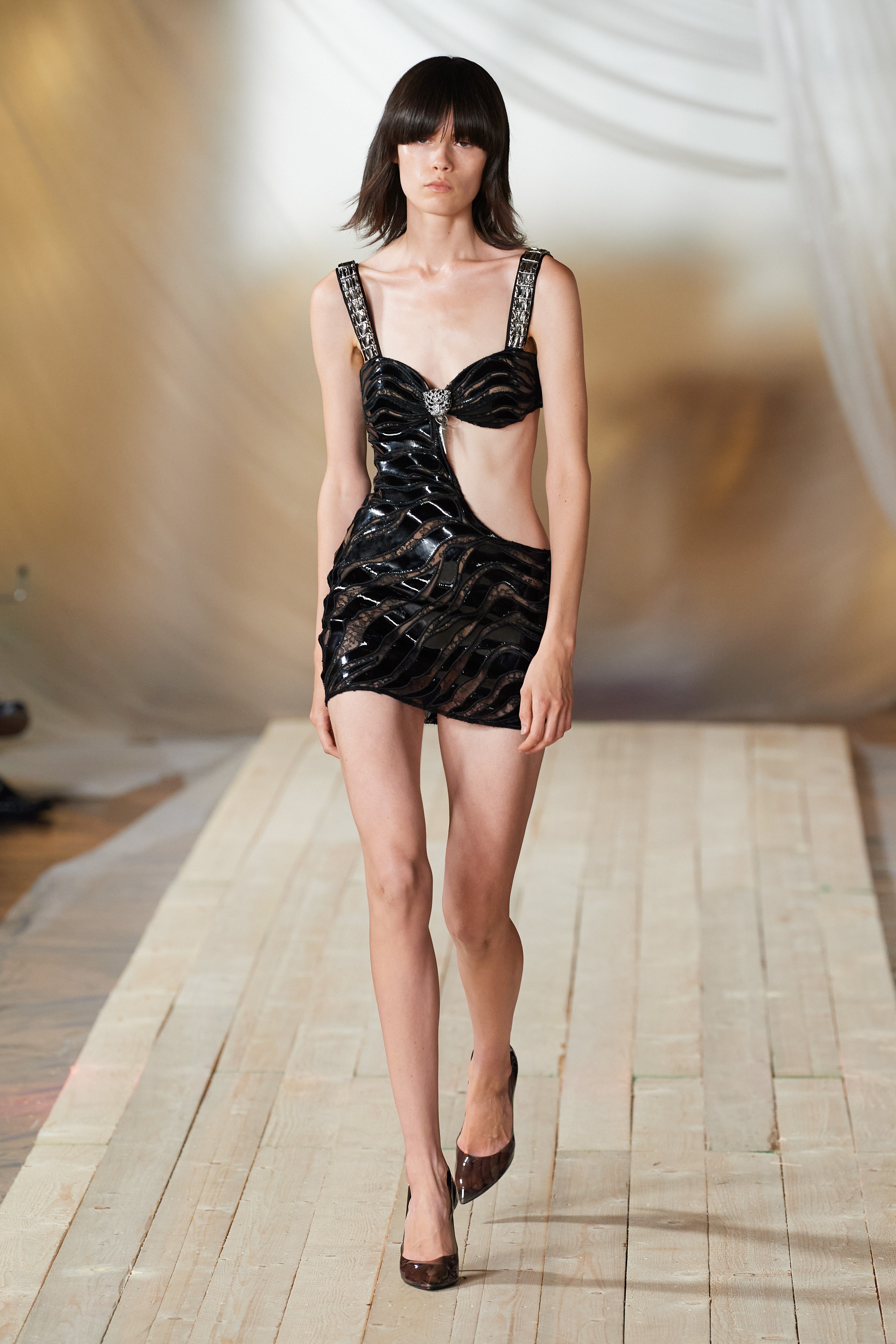 In 2021, a young generation of female designers is redefining sexy. How does a male designer a generation older than them take on the subject of sexy when his remit is to rebrand the sexy of a generation before his own? If that sounds complicated, then you have a picture of the task at hand for Fausto Puglisi, who was appointed to Roberto Cavalli a year ago and presented his first runway show in Milan tonight.

He wears the burden lightly. In fact, it’s fair to say this is Puglisi’s dream gig. He’s never shied away from in-your-face glamour, but he’s quick to make a distinction between Cavalli-era Cavalli and his own. “We need to go out, we need to have fun,” he announced backstage. “But I’m thinking about a wardrobe of separates.” The show’s opening look was a strappy cut-away minidress in wavy strips of black lace and patent leather, but from there he got straight to his point about separates, pairing a leopard catsuit with a zebra stripe trench or a tiger-print bodysuit with a matching 1950s full skirt.

Puglisi doesn’t go in for the bohemian frills that once defined this brand. His cuts have a minimal, almost athletic efficiency. Still, the loud, look-at-me patterns and skin-baring cut-outs—he calls them “anti-depressants”—have attracted the likes of Kim Kardashian and Jennifer Lopez to his reinterpretation of the label. As the show progressed, the surprises were the unexpected prints and textures, like an almost romantic painted floral, a deconstructed tapestry silk, and the elegant iris jacquard on a men’s tailored black wool coat.

Much of this prowled out on pumps with heels in the shape of curved claws. Maybe nothing so efficiently tells the story of the casualization of fashion since Cavalli’s early ’00s heyday as the change in runway shoes. Those claw heels qualify as real outliers in 2021, a point put in sharp relief by the easy strides of the models who wore the show’s flat sandals. To lift, quite loosely, from Kate Moss, who appeared in a few Roberto Cavalli ads along the way, nothing looks as good as comfort feels. As long as Puglisi keeps that idea close, he can bring sexy back with the rest of them. 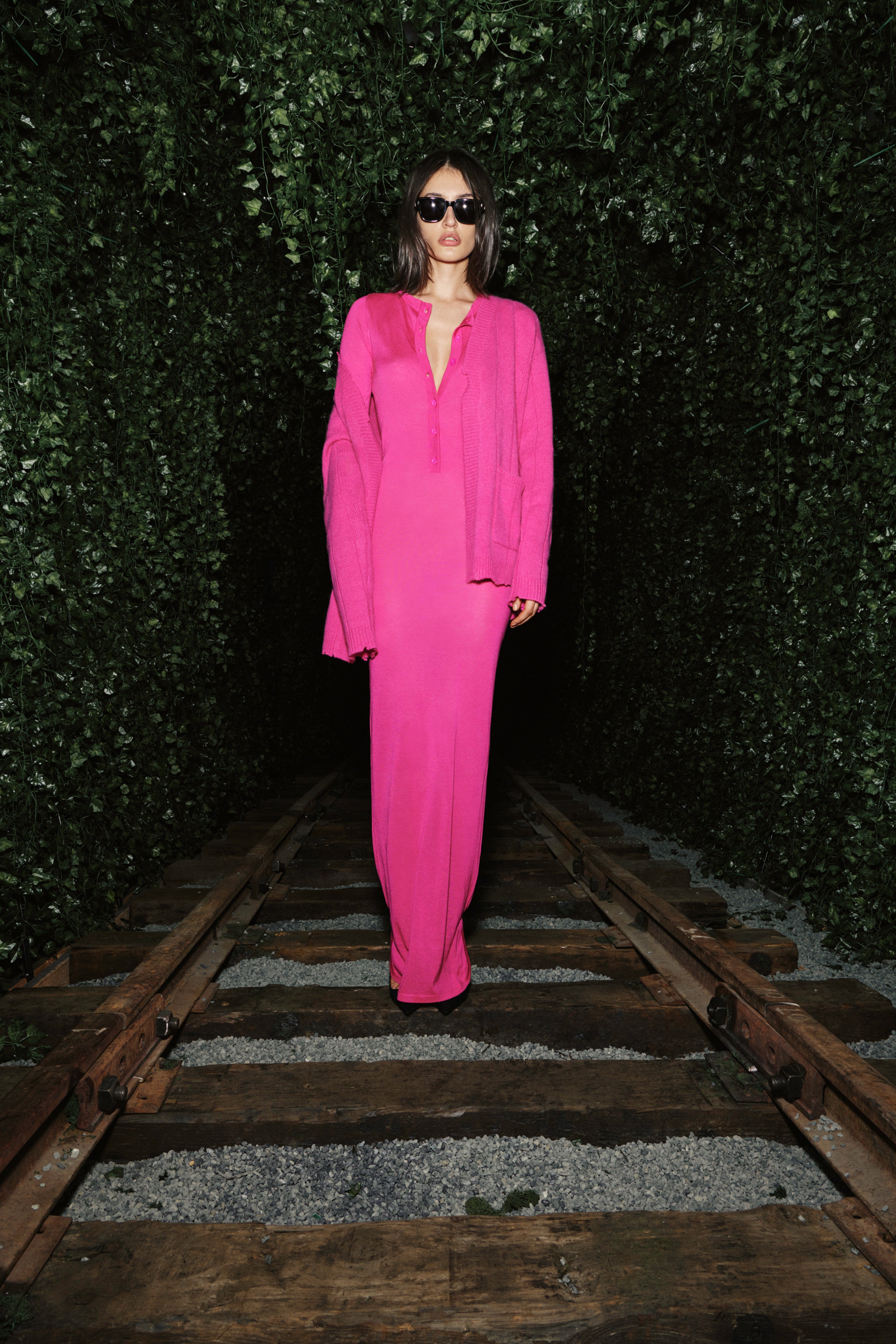