The second look of actor Ajithkumar’s ‘Thunivu’ is out.

Nirav Shah has cinematography for the film, which is composed by Gibran. While important scenes have been shot on a grand set in Hyderabad, the final leg of the film will be shot in Bangkok. The film’s first look and title were released yesterday evening as the shooting of the film is said to be wrapping up soon. 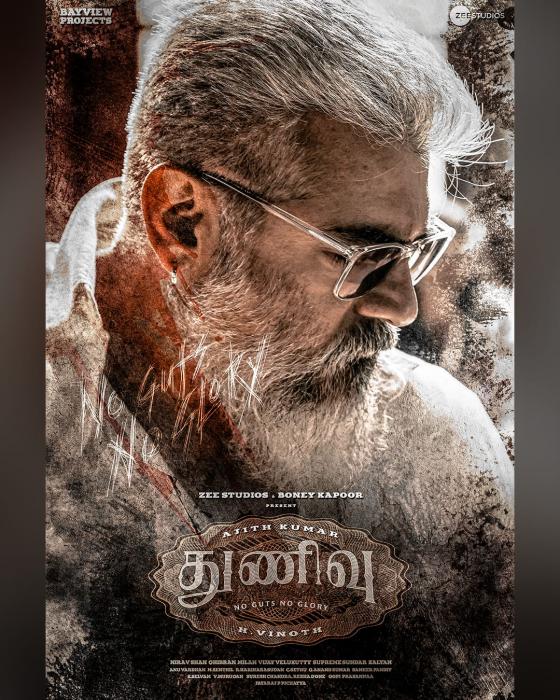 In this case, now the second look of the film has been released. Earlier, photos of Ajith with a white beard and wearing cooling glasses were released during the shoot. In that sense, the second view that has been published is related to that. The release of two posters has brought joy to the fans who were waiting for the announcement of the film. They are celebrating on social media. It is said that the updates of the film will be released later.

The video song ‘Mallipoo’ was released by Vetka film team