‘Sita Ram’ is a work that tries to say that love transcends all barriers including religion, politics and language.

Pakistani girl Afreen (Rashmika Mandana) is tasked with delivering a letter from her grandfather to Sita Mahalakshmi (Mrunalin Thakur) in India. So Afreen comes to India in search of Sita Mahalakshmi. Searching for him, Afreen is introduced to the Sita-Ram love story. Who is this Sita – Ram? What is their love story? What’s in that bite? Was the letter finally given to Sita? Isn’t it? – ‘Sita Ram’ is the film that tells these things.

The entire film is based on the Ramayana reference of Sita – Ram. In this, Rashmika Mandhana takes on the role of Hanuman as he carries a message from Rama to Sita. Visually, the film gives an uncanny feeling. While the love scenes are enjoyable, the theme of love, which should be the film’s biggest strength, could have been explored more deeply. On the contrary, the film travels on two tracks with a mix of folk tunes, reducing the pressure of the love scenes. 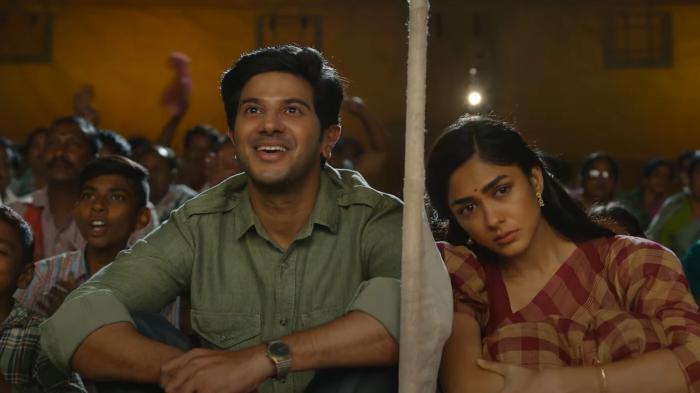 Dulquer-Mrulalini’s chemistry goes well in the film. Directed by director Hanu Raghavapudi, the film is reminiscent of the Keerthy Suresh starrer Mahanadi in Telugu. Although it seems that Rashmika is here instead of Samantha, the storyline changes that impression. The plus side of the film is its love scenes. Correspondence love is like the film Kadhal Kotdi, its lines that attract at some places, some scenes around it, it is like hot tea sipped in the cold of Kashmir. At the same time, the film, which claims that humanity is greater than religion, also opens a channel for hate propaganda against religion in some places.

Frequent songs and a patiently moving screenplay weaken the film, but the love scenes over-take it. There are a lot of enjoyable scenes, especially the heroine’s intro, some unexpected twists, and the constant merging of segments. The scenes in the sex worker’s house have a sentimental touch. Mrunalini Thakur wearing the same make-up 20 years later, the post-royalty stage, the length of the film, the unnecessary patriotic scenes are tiresome.

Dulquer Salmaan impresses as a chocolate boy with a clean shaven, handsome look. He fits both roles as a soldier and a romantic hero. Mrunalini Thakur’s performance as Sita waiting for Raman, as a lover who cannot give up love, in emotional scenes also enlivens the story. Apart from them, Rashmika Mandanna, who has played a new role which she has never played before, gives a brilliant performance. Vanilla Kishore tries to make us laugh at some places. Apart from this, Gautham Vasudev Menon, Sumanth, Prakash Raj, Tarun, Bhumika and many others have handled their roles well. 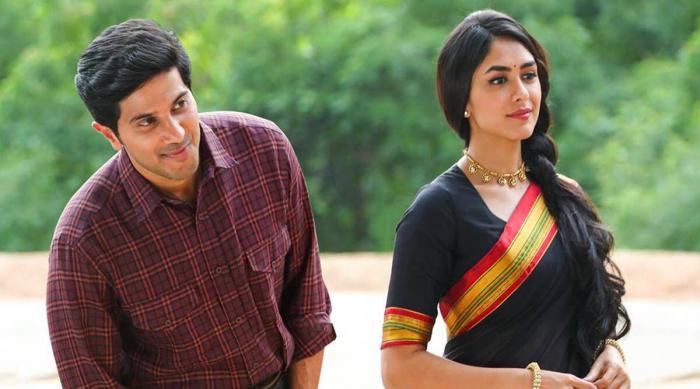 Apart from the love scenes, the biggest strength of the film is the cinematography by PS Vinod and Shreyas Krishna. They take us to many places like Srinagar, Indo-Pakistani border, Hyderabad Palace etc. The movie can be seen in theaters for the scenes recorded by their cameras. The role of the mainstream art direction is spectacular on screen. Vishal Chandrasekhar’s background score is noteworthy.

On the whole, if Kashmir, terrorists, Pakistan and Ramayana references had been left out and written more deeply with only love, ‘Sita Rama’ would have come out as a good romantic work.