Brian “Red” Hamilton owes his life to the kindness of a stranger.

The Vancouver Canucks assistant equipment manager was in Seattle on Oct. 23 for the Kraken‘s first home game when he noticed a fan banging on the glass to get his attention. It’s a common occurrence, and one Hamilton — now nearly two decades in with the Canucks — might have just ignored.

But the woman was persistent, and as Hamilton was shuffling supplies and leaving the bench, he saw the woman’s phone with a message written in large, colorful font:

“The mole on the back of your neck is cancer.”

Turns out, she was right. Hamilton had the mole biopsied and found it was a malignant melanoma in phase 2, meaning the cancer was only on the outer layer of his skin and hadn’t yet penetrated to the inner layer. That discovery was all due to early detection by the woman now identified as Nadia Popovici, whom Hamilton will forever call his hero.

“She extended my life, she saved my life,” Hamilton said Saturday. “She didn’t take me out of a burning car like [in] the big stories, but she took me out of a slow fire. The words out of the doctor’s mouth were if I ignored that for four to five years, I wouldn’t be here. I didn’t [even] know [the mole] was there. She pointed it out. How she saw it boggles my mind. It wasn’t very big. I wear a jacket [on the bench], I wear a radio on the back of my jacket that hooks on, so the cords are there. Like, she’s a hero.”

The search for Popovici began earlier Saturday when the Canucks sent out a tweet with Hamilton’s story. In that note, Hamilton wrote he wanted to thank the woman who determinedly alerted him to a potential health crisis.

“The message you showed me on your cell phone will forever be etched into my brain and has made a true life-changing difference to me and my family,” the tweet said. “Your instincts were right, and that mole on the back of my neck was a malignant melanoma and thanks to your persistence and the quick work of our doctors, it is now gone. … We are looking for this incredible person and we need you to share with your friends and families to help us find a real life hero so I can express my sincerest gratitude.”

That tweet was reposted across social media, and a member of the Ladies of the Kraken Facebook group, Yukyung Nelson, quickly made a connection.

“Oh my gosh!!! This was my daughter!!!” Nelson wrote. “She just got accepted into multiple medical schools. We have season tickets behind the opposing team and she noticed the mole on the back of his neck so she typed a message into her phone and knocked on the glass window to get his attention. She finally got his attention and he looked quickly and then nodded. We didn’t think anymore of it. This is absolutely amazing!”

As the story began picking up steam, Popovici was blissfully unaware of the stir she’d created. The 22-year-old aspiring physician was still in bed after working overnight at a suicide hotline but had plans to attend the Kraken game against Vancouver on Saturday night.

Hamilton said he hoped to be able to meet Popovici properly and deliver his gratitude in person. The 47-year-old father said he was thrown off and “felt bad” that when Popovici first flashed her phone at him, he shrugged off the interaction without “giving her the time of day.”

“[I’ll tell her] thank you,” Hamilton said. “And then my mom wants her to know that she loves her. And so I will let her know my message from my mom. And I will thank her for being persistent. She really went over the top to get my attention. It’s not easy. There’s a lot going on, people are asking for things or people are saying things that you don’t like, you just want to get off the bench, and she was so persistent, and I just want her to know that her persistence was what saved my life.”

Hamilton and Popovici ended up being able to meet about 90 minutes before Saturday night’s game.

“The reason for the letter (today) was that I really wanted her to know her persistence and everything she did to get my attention, she saved my life.” -Brian (Red) Hamilton pic.twitter.com/XQO2ZsEAtA

“The fact that I got to look him in the eye and hear what happened from his perspective,” Popovici said. “Imagine how jarring that is … for you to be at work and someone just kind of looks at you and says, ‘Hey, maybe you go see a doctor.’ That’s not what you want to hear. So the fact that I got to see him and talk to his family members that have been really impacted by him dodging a big bullet, that’s so special.”

Popovici graduated from the University of Washington and plans to attend medical school in the next year. She said she has done a lot of volunteer work in hospitals, including a stint in an oncology ward.

“I saw his [mole] and I was like, wow, that is a picture-perfect example of what a melanoma looks like,” she said.

The Kraken acknowledged the story of what happened midway through the first period of Saturday’s game to a standing ovation from the crowd, and announced they and the Canucks are giving Popovici a $10,000 scholarship to help with her medical school expenses.

Once Popovici planted the seed in his mind back in October, Hamilton had to act on his own. The Canucks headed back to Vancouver after that Saturday night game, and the next morning, Hamilton asked his wife if he had a mole on his neck. She said he did and noted that it was “a weird shape.” So, at the Canucks’ home game that Tuesday, Hamilton approached team physician Dr. Jim Bovard about what to do next.

“I asked Dr. Bovard, ‘What do you think about the small mole on the back of my neck?'” Hamilton recalled. “And he said, ‘I don’t like to play games with moles. I can cut it out or we can have somebody cut it out if you’re worried about the way it’ll look.’ He goes, ‘I’m not a professional. Like, you’ll have a little bit of a scar if I cut it out.’ And I’m like, ‘Well, if you think it should come out, I’m not worried about a scar. Let’s get it out.’ So then on Thursday he [brought] the equipment to cut it out. So Thursday night, half an hour before the game, he got it out for the biopsy. And then we got the results from the biopsy, and then I made an appointment once I got the results to have a bigger piece taken out, and I’ve got the results from that and that has come back negative for everything.”

Hamilton wanted to wait until he knew the prognosis before making public what Popovici had done for him. The timing just happened to coincide with Vancouver returning to play in Seattle. Vancouver’s Twitter account released Hamilton’s message early Saturday morning, and he was floored by the rapid response.

But Hamilton’s intention was never to become the story. He wanted to spotlight Popovici, and ultimately raise cancer awareness.

“The letter is about finding this hero, but the letter is also about people reading and going, holy cow, this guy didn’t even know, and the doctor told him he’s five years from not being here,” Hamilton said. “The letter wasn’t cryptic. It was straight-up. This hero noticed a mole on my neck, and all of a sudden, she’s right. It’s malignant melanoma, and I get it removed. One thing I’ve learned through this whole thing is you get [melanomas] on the bottoms of your feet. You get them behind your ear. It’s sneaky. I’m a fair-skinned redhead. I probably should have paid more attention to it. But if I can help save someone else’s life, absolutely I would.”

Hamilton admitted he was “a little emotional” to be back on the visitors bench in Seattle, and he looked around to see where exactly Popovici would have been on the glass. It was happenstance that put him in her sight line to begin with, and Hamilton’s future is now credit to the vigilance of one individual who simply refused to let him walk away.

“She’s the person that did this,” he said. “She saved my life. She needs to know her efforts were valid and bang-on, and the reaction to her efforts resulted in this coming off of my body. Imagine if you’re walking around and you’ve saved a life, but you have no idea you saved a life? I want her to know and I want to say thank you to her.”

Information from The Associated Press was used in this report. 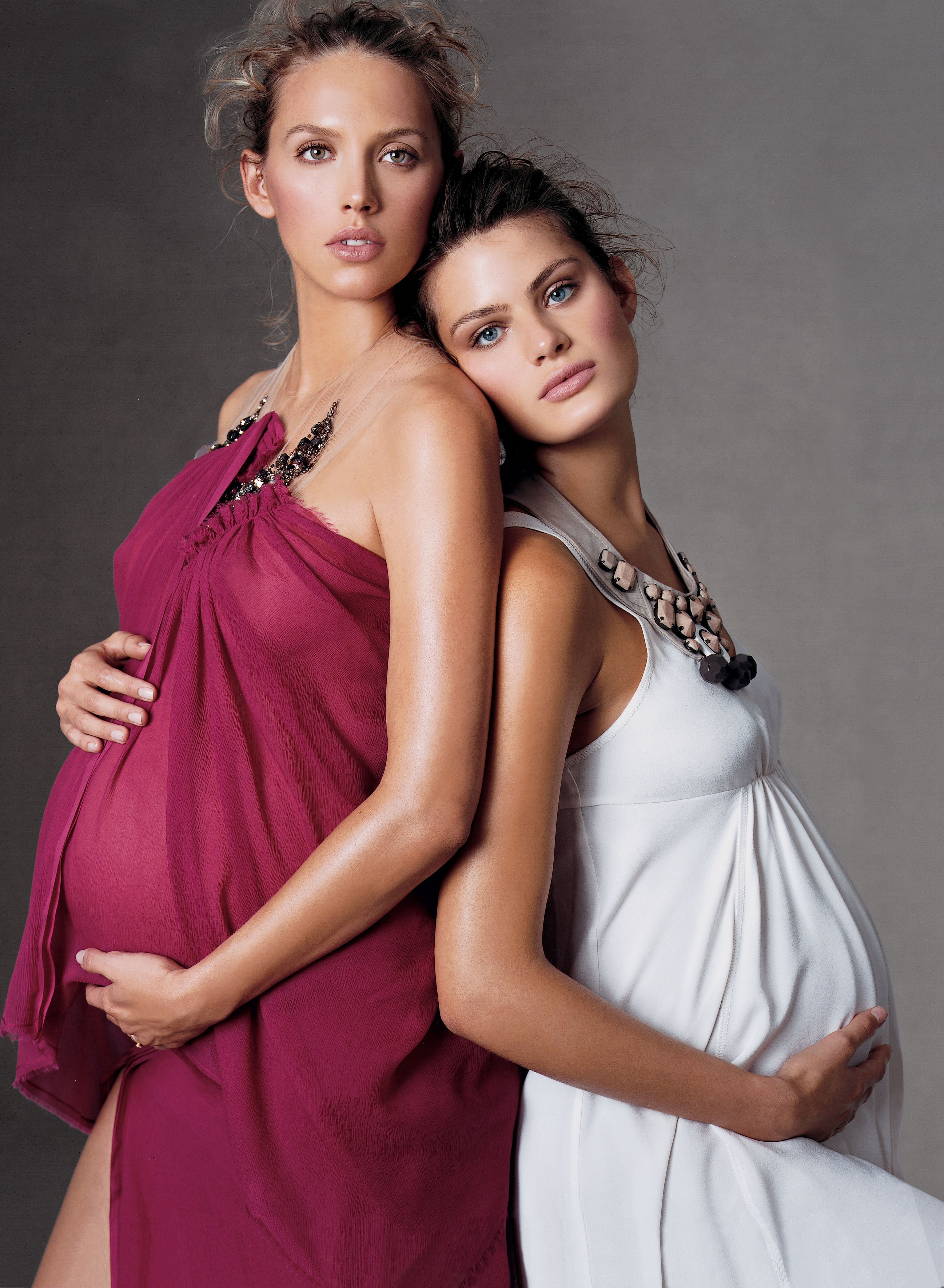