Used by millions of users around the world, WhatsApp, owned by Meta, is an instant messaging platform that helps you stay in touch with friends, family, and even the office.

It helps to share photos, videos, documents, contacts and chat with loved ones, relatives, friends. WhatsApp, which has been offering free voice calls to its users since 2015, also introduced free video calls a few years ago.

WhatsApp Calls is very important for those who find it difficult to make calls using the mobile network. You can easily make WhatsApp audio and video calls with very low bandwidth of internet data availability. WhatsApp is used by countless users not only on mobiles but also through the desktop app.

However, users using WhatsApp on desktop do not have the option to make calls until now. Millions of users who are heavily using the desktop version of WhatsApp have been asking for call support for months. It seems that their request will be fulfilled soon. In a report published by Wabetainfo, it is said that WhatsApp has already provided a tab for calls to a few beta users in the desktop version. 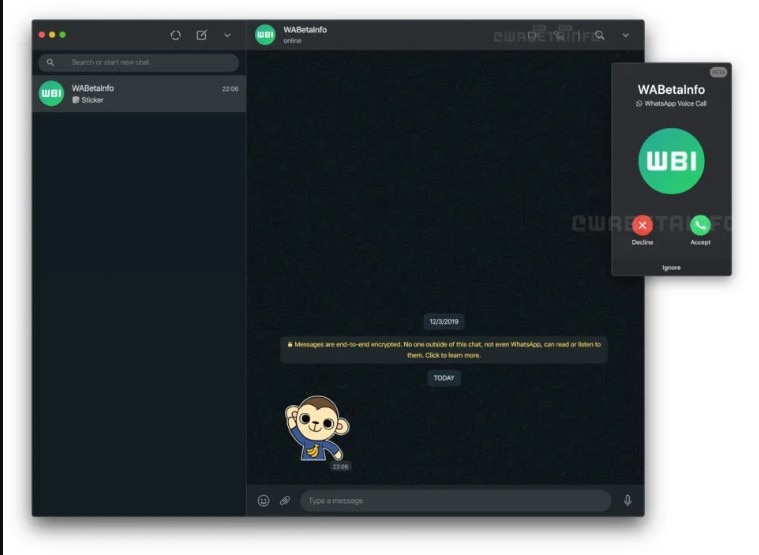 With the calls tab, users using WhatsApp on desktop can get the option to make WhatsApp calls directly from their PC and also get the Call History tab to view their call history. This tab allows you to view voice and video call history in the sidebar.

While this brand new update for desktop users has already been rolled out to some beta testers, the Calls Tab feature is expected to roll out to all users including WhatsApp Web soon. With the new feature, WhatsApp is also expected to become a better alternative to Google Meet and Zoom.

The Call tab appears to be between the Status and New Chat options at the top left of the WhatsApp desktop app interface. Clicking on Calls will give you the option to make calls from the desktop version. Meanwhile, WhatsApp has added a useful calling tool called Call Links, which allows you to create links to WhatsApp video/voice calls and share them with other users joining the call.

Anti-Brahmin slogans at JNU University; The Vice-Chancellor ordered an investigation!

A mentally ill woman was killed by throwing a stone on her head! – Police investigating with CCTV footage

Penalty up to Rs 200 crore if there is no security in consumer data!