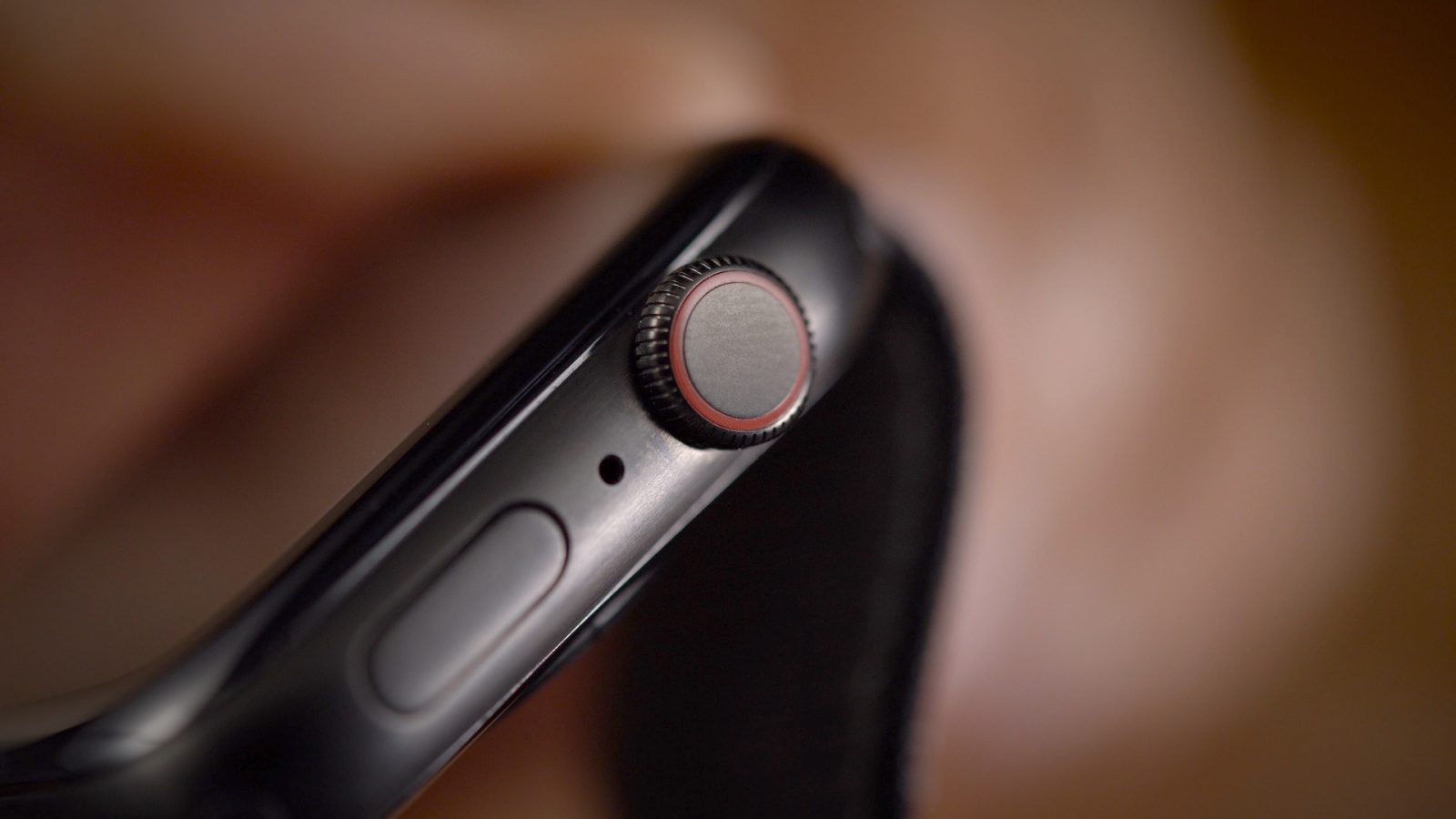 One of the key aspects of the Apple Watch is the Digital Crown, which lets users navigate the watchOS interface without having to touch the screen all the time. However, it seems that Apple is working on ways to replace it as a new patent shows an Apple Watch with optical sensors where the Digital Crown is currently located.

As reported by Patently Apple, the US Patent & Trademark Office this week published a new patent from the Cupertino-based company that reveals how the Digital Crown on the Apple Watch can be replaced by optical sensors that are able to identify user gestures.

The patent is named “Watch with optical sensor for user input” and demonstrates how the company can use new sensors to let users scroll through the interface while reducing the number of moving parts in the Apple Watch with the removal of the Digital Crown. Optical sensors would detect the gestures made by users to turn them into system controls.

Apple notes in the patent that removing the Digital Crown can not only make the Apple Watch more durable, but can also free up space that can be used by other components such as new sensors or even a larger battery.

As the Digital Crown also features an electrical heart sensor that enables ECG, the patent shows that the new optical sensors can also be used to measure heart rate, breathing rate, blood oxygenation level, blood pressure, and more. Rumors suggest that the 2022 Apple Watch will have new health features, including blood pressure monitoring.

Keep in mind that not every technology demonstrated in an Apple patent is implemented in an actual product. And even if Apple decides to replace Digital Crown, this could possibly take a few years to occur.

Filipe Espósito is a Brazilian tech Journalist who started covering Apple news on iHelp BR with some exclusive scoops — including the reveal of the new Apple Watch Series 5 models in titanium and ceramic. He joined 9to5Mac to share even more tech news around the world.